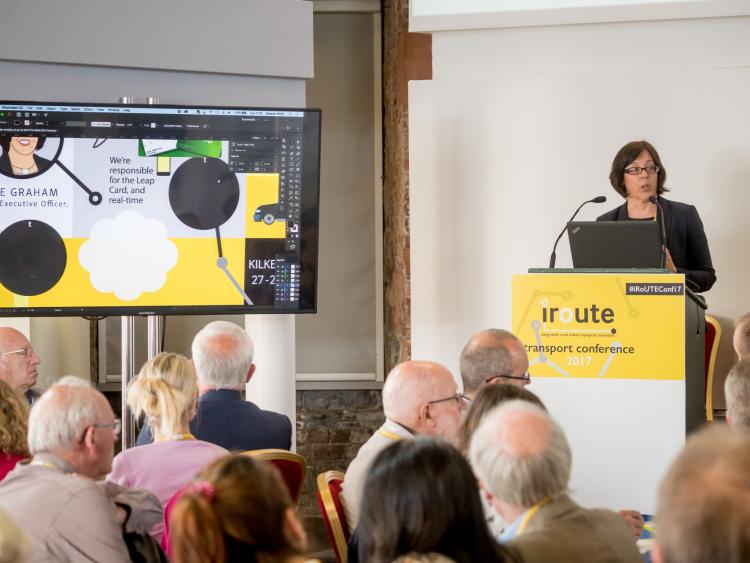 A new campaign to kickstart a national movement for policy change in rural and urban transport began in Kilkenny last week, at the iRoUTE conference held in the Parade Tower.

The conference took place over two days, and was attended by over 80 transport providers, regulators, international experts, practitioners, academics, and community interest groups, each of whom agreed to lobby for a pilot integrated transport system in Kilkenny that could be rolled out nationally.

Issues related to integrated transport were discussed and debated, with industry experts and international speakers providing insights around best practice transport, with a particular focus on rural transport. The conference provided a platform where a picture of an integrated transport system for Kilkenny was created. Kilkenny LEADER Partnership, one of the organisers of the conference, says it there exists a mandate to lobby for policy change in rural and urban transport.

“We are delighted with the success of iRoUTE - the conference was extremely well attended and the debates and discussions were hugely insightful," says Declan Rice, CEO Kilkenny LEADER Partnership.

"And it has become clear that this is just the beginning; iRoUTE was seen by the original partners as the first step towards creating a pilot transport system in Kilkenny, which could be replicated and rolled out in any county across the country that faces similar transport issues. Now it is promising to be that - and probably more importantly, much more.

"It looks like being the start of nationwide movement on the ‘mobility/ transport rights’ of all residents and the promotion of innovative integrated means to make any such rights a reality.

Mr Rice says that the need for improved public transport access is becoming increasingly apparent in Kilkenny - in particular for access to employment and for social activities.

"Society depends on a functioning transport system, and it’s important that we have an integrated system which supports everyone in our society, both those living in rural and urban areas," he said.

“iRoUTE created a space where we could examine the issues facing transport in Ireland and we were able to look at the various factors and the steps that need to be taken to develop an integrated transport system across the country. At Kilkenny LEADER Partnership, we intend to now use the learnings from iRoUTE as a directive to lobby for a policy change in rural and urban transport. We hope this marks the beginning of a national transport movement.”