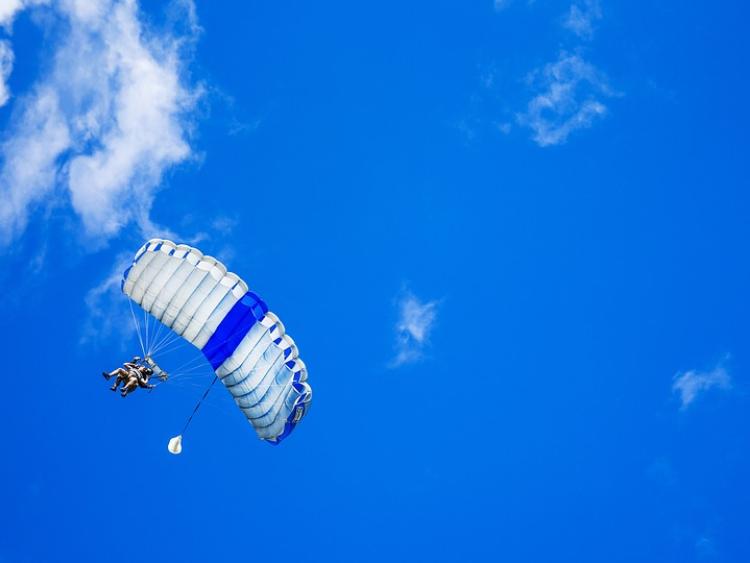 A Kilkenny company which teaches skydiving has launched a High Court action over an order by Kilkenny County Council that the firm ceases operations.

The action has been brought by Skydive Ireland Ltd and its director Mr David Byrnes both of Kilkenny Aerodrome Holdensrath, Kilkenny. The company instructs its customer how to perform parachute jumps from aircraft that take off and land at the airfield.

The company and Mr Byrnes' proceedings arise out of a decision by Kilkenny County Council of May 22 last to issue an enforcement notice requiring the company to cease all sponsored skydiving at the airfield. The enforcement notice was issued because the council claims the applicants have breached the planning laws.

In a sworn statement to the court, the applicants reject this claim. They argue the council's claim that the use of the airfield for skydiving amounts to an intensification of an existing use which requires planning permission is 'unsubstantiated by evidence'.

The company and Mr Byrnes say no intensification has taken place and that skydiving is an activity exempt from requiring planning permission. The applicants, represented by Jack Tchrakian Bl and instructed by Robert Emmet Bourke Solicitors, seek various orders including one quashing the council's decision that skydiving must cease at the airfield.

They also seek a stay on the council being allowed exercise any of the powers contained in the enforcement notice until the proceedings have been determined.

Counsel told the court that the airfield has been a base for skydiving since 1965. The company acquired the airfield in 2014 after borrowing "a substantial amount of money."

In advance of that purchase the applicants sought to clarify the planning situation with the local authority. The applicants say they made it clear in extensive dialogue with the council that skydiving services would form an integral part of what the airfield was bought for.

The Bord ruled in early 2015 that the skydiving activities did constitute development and it was not exempted development.

The applicants disagree with the Bord's decision and brought High Court action against that finding. Those proceedings failed as they were not brought within the required time limit of eight weeks.

In November 2016, the Bord issued a warning notice to the applicants in relation to their skydiving activities which was followed in May by the Council issuing the enforcement notice. The company and Mr Byrnes say the council's decision is unlawful, has breached their legitimate expectation that they would be allowed operate skydiving services from the airfield.

They also claim the decision breach their Constitutional rights to a lawful enjoyment of their property.

Permission to bring the action was granted on an ex-parte basis, by Ms Justice Margaret Heneghan. The Judge made the matter returnable to a date in October, however the application for a stay has been adjourned for a week.