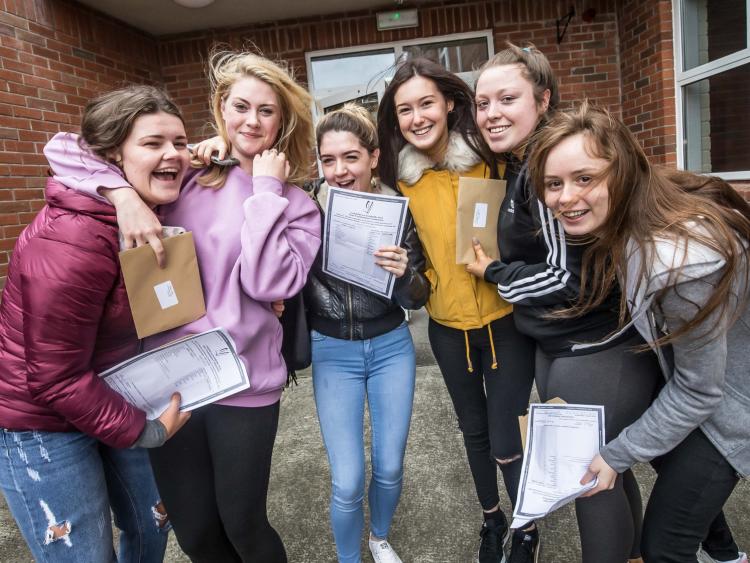 Just over a thousand students received their Leaving Cert results this morning across the city and county.

In the city there were outstanding results at the Presentation Secondary School where seven students received over 600 points.

Principal Shane Hallahan said that he was 'thrilled with the results', with several students scoring exceptionally high results.

One very happy pupil was Lauren Kennedy who received seven H1's and is hoping to study medicine or pharmacy.

Lauren's Mum, Maria said that she was very happy with her daughter's results, which are all the more remarkable considering that she was ill during the school year and missed more than a month in attendance.

Brother Damien Brennan, principal of Edmund Rice College (Callan CBS), congratulated the students on their efforts and the grades achieved.

He says there was an "even spread of results across the line" with some doing extremely well.

One young student got five H1's, he said.

In the city, Principal of CBS Kilkenny Tom Clarke said it had been 'another set of outstanding results'.

"The change in the grading system will have implications obviously, particularly in terms of points totals," he said.

"There are a number of benefits to it. Students who may have previously opted for one or two Ordinary Level would now maybe take all Higher level.

He said the large number of students who are in the top points bracket was welcome.

"But as well, we celebrate the success of students across the spectrum," he said.

"In modern times, we in are in an environment where there's a huge amount of opportunities for students - from PLCs, apprenticeships, IT, university system - which ensures all students can map out their route to what best fits their aptitudes.