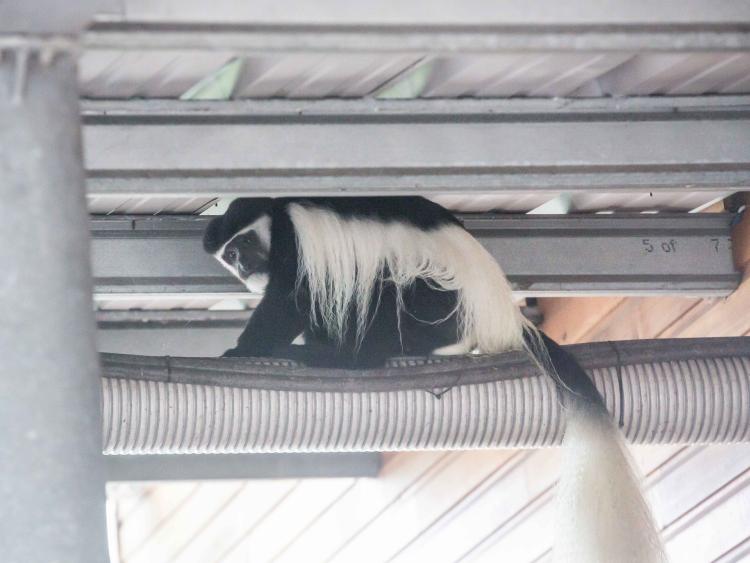 The colobus monkey masterminding his breakout

A mischievious monkey has escaped and is on the run from Fota Wildlife Park in Cork.

The black and white colobus monkey made good his escape on Tuesday evening. Kilkenny People photographer Pat Moore was at the Wildlife Park at the time, doing a photoshoot for Agri Aware.

As his group were preparing to leave, they spotted the errant creature at the main gate. Pat managed to grab a few quick pictures of the monkey, while the group alerted park staff to his presence.

However, the elusive herbivorous animal managed to give his keepers the slip again, and he is understood to be still at large. 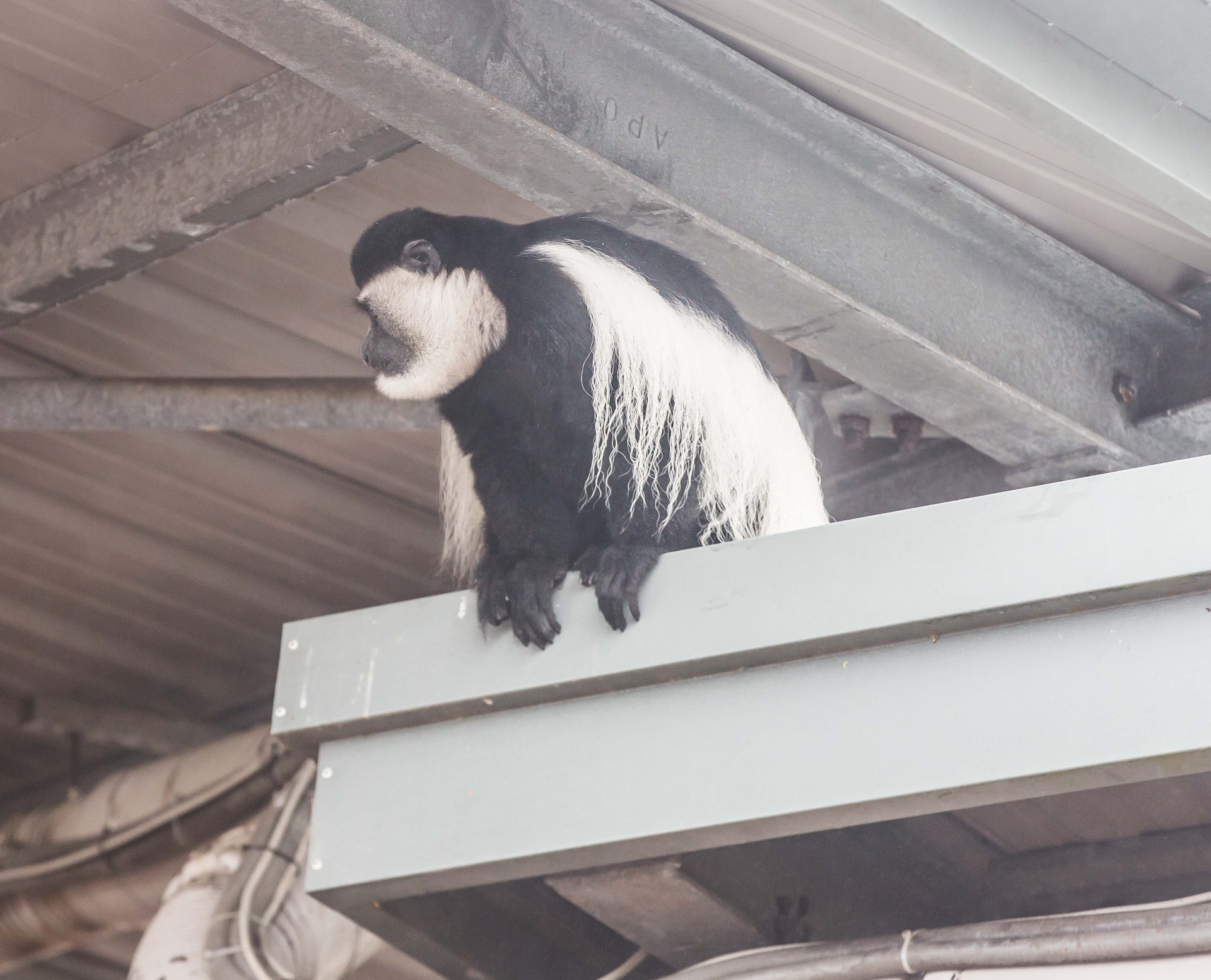 The word 'colobus' comes from Greek κολοβός kolobós ('docked'), and the monkeys are native to Africa. They are herbivorous, eating leaves, fruit, flowers, and twigs.