Ned Byrne and Willie Duggan played together for Blackrock College, Leinster and Ireland. He remembers his dearest friend and first cousin 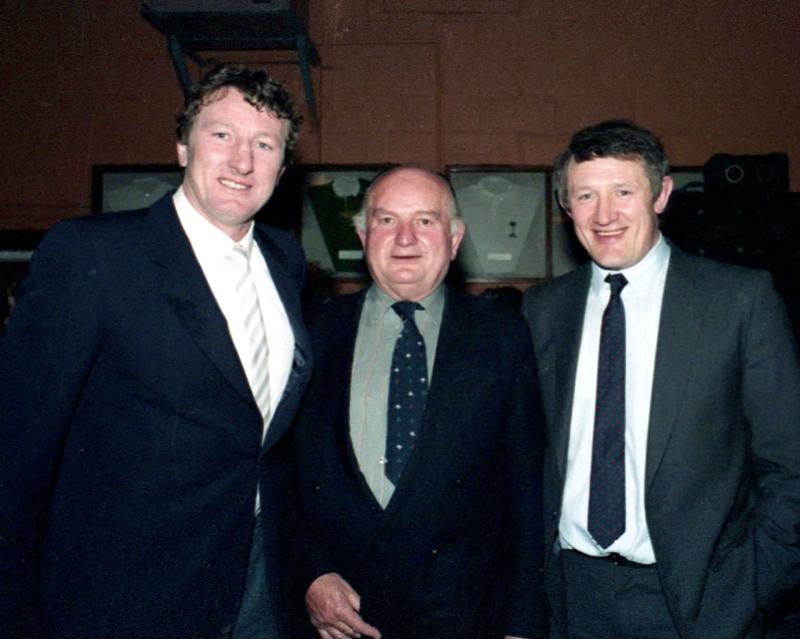 In the hours after he died, Kilkenny people struggled to come to grips with the fact that such a Colossus of a man feared by all on the pitch, especially the mighty All Blacks, was actually mortal and had died.
No one, outside of his immediate family felt the pain more than his confidante, close friend and first cousin, Ned Byrne.
They grew up together on James's Green. He on one side in his father’s pub and Willie on the other corner with his family.
Their lives were intertwined for years. For well over a decade they shared a car going and coming from Kilkenny to Blackrock College matches in the club’s grounds in the capital.
They played together many times for the Leinster team and were Irish team mates.
That changed during the 1979 tour of Australia when Ned had his left leg broken into smithereens in a hit and run.
In the sitting room of his house on James's Green, Ned remained quiet for a few minutes after I walked in and after a long pause divulged the closeness of their relationship. “He was like a brother to me, we were reared together, played, hurled on the Green together and I just can’t get over it,” he said.
Asked what he will remember most about Willie, he said it was his drive, his ambition, his attitude, his sense of fun.
“He was a man of strong opinions and had conviction and didn't suffer fools gladly,” he said.
“He was hard, hard as nails on the field and when he put on that jersey it was business while he really enjoyed the social side of the game as well,” he said.
When pressed, Ned said that Willie was held in the highest esteem by everyone and was above all a family man. In recent weeks, he had been helping his daughter Helena promote her best selling children's novel, A Place Called Perfect.
Business
In terms of his business, he said that Willie was extremely shrewd and after serving his apprenticeship with his father Billy, joined the family's electrical business on Rose Inn Street.
Ned's wife Julie joined the conversation to explain that Willie had an uncanny knack of knowing what lights would fit what space and this was one of the secrets of his success in the lighting world.
He secured many contracts and his business acumen was incredible, moving out of the city to spacious showrooms on the Hebron Road industrial estate.
Ned Byrne has lost one of his closest and dearest friends and they had only been together a few days earlier, talking about their families.
He said it was a little known fact that Willie had played in the Under 21 Leinster championship for the Kilkenny hurlers and that he was a good hurler.
He recalled training with him in the CBS field for the Dicksboro hurling club.
“It will be hard for Helen and the lads to get over it and for all of us,” he said.
As I left, above Ned's head, I could see a number of photographs of successful rugby teams at club, provincial and senior Irish level and in a lot of those photos near Ned was Willie Duggan and he chose to have those images next to him.
It tells you a lot about the man.