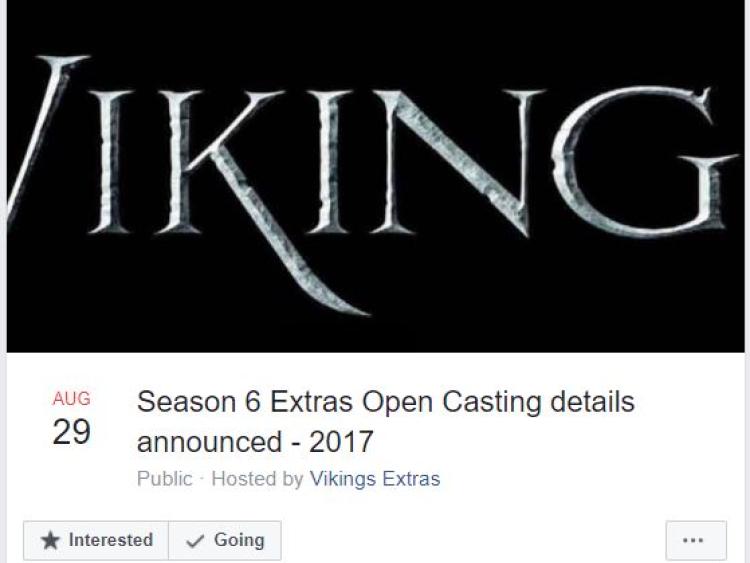 'Vikings' is looking for extras

Hit TV show 'Vikings', which is filming in Ireland has renewed its appeal for men of a certain description to come in as extras for the new season.

A number of open casting days were held in the last week, and all the information is currently being processed before people will be contacted. Costume fittings are to follow next week.

However, the show has renewed its appeal with a Facebook post this week, and hirsute men of a particular variety are in demand. 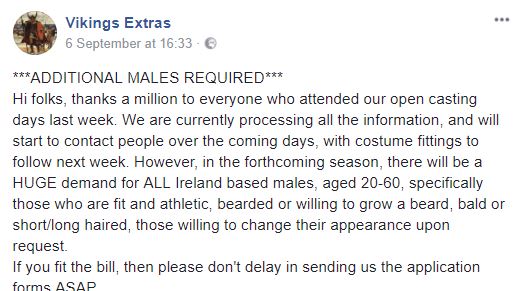 "In the forthcoming season, there will be a HUGE demand for ALL Ireland based males, aged 20-60, specifically those who are fit and athletic, bearded or willing to grow a beard, bald or short/long haired, those willing to change their appearance upon request."

If you fit the bill, don't delay in sending the application forms ASAP. Forms can be downloaded here.