Kilkenomics set for a smarter, funnier-than-ever return to Kilkenny

Comedy and economics festival is now in its eighth year 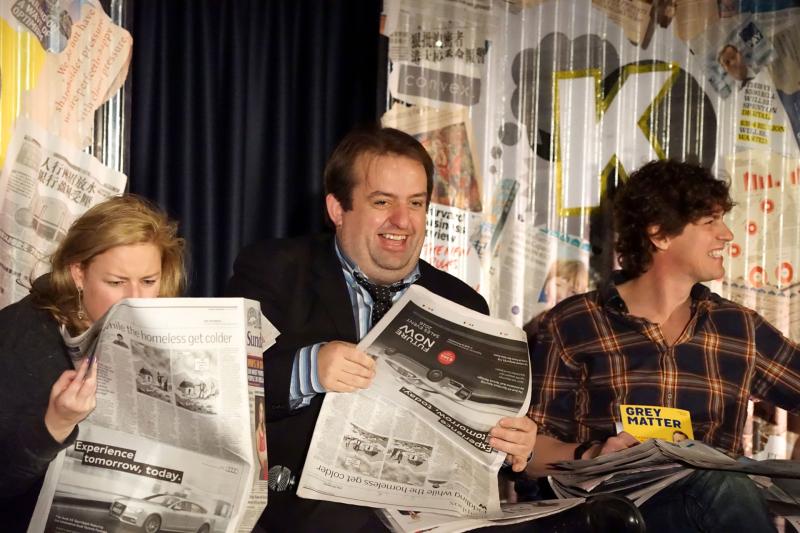 Fantastic festival Kilkenomics is back this autumn for its eighth year, and it looks set to be bigger than ever with a stellar line-up of national and international economists, commentators and comedians arriving in Kilkenny for four days of economics with a comic twist.

Kilkenomics is an economics festival with a guaranteed laugh, bringing together some of the world’s leading economists, financial analysts and media commentators with stand-up comedians. 'Davos with jokes' has a mission to bridge the gap between the academics of economics and the public affected by economic decision.

As always, the Kilkenomics’ programme will delve deep into the hottest stories of the day including sessions on Trump, Brexit, the German elections, the EU and our collective future on the planet, as well as taking a fascinating look at issues like the economics of alcohol, the demise of cash, universal basic income, climate change, parenting and pensions, blockchain and bitcoin, economic pluralism, investments for 2018 and even, cheerfully, the economics of a nuclear winter!

For businesses looking for a ‘life- changing’ opportunity Pitchenomics @Kilkenny is a new proposition for 2017 that gives Irish start-ups/SMEs a chance to fast-track their business development through investments of up to €100,000 and access to a network of investors, mentors and customers. Funded by Mike Driver, Founder Convex Capital and Kilkenomics, 12 shortlisted businesses will be selected in advance and invited to make their pitch to Mike and two other judges - Vikas Nath, CEO for UK and Europe, Adani Group and Sarah O’Connor, co-founder of Cool Food Company and a World Economic Forum Global Shaper. To be in with a chance of pitching, companies apply online on www.kilkenomics.ie.

Brexit One Year On: A Grave Mistake or Enlightened Opportunism?: Britain’s exit from the EU is a game changer. Might the Brits have got out of the EU at the right time? Or are they deluded? And what effect will Brexit have on Ireland?
How To Really Fix The Housing Crisis : By Christmas the average price of a house in the capital will be €450,000 – ten times the average wage. How the hell did this happen, again? Who is benefiting, how will it all end this time and what solutions are available?

Big Economic Ideas For 2018: Real Problems and Fake Problems : We’ll gaze into tea leaves, crystal balls and conjure up predictions for how the economic world of 2018 will look.

Why Is Ireland So Bloody Expensive? :  A pint of milk is 38% more expensive in Ireland than in Germany? Monthly internet access is 78% higher, yet our wages are about the same. We find out why and where does all the money go?
Yanis Varoufakis in Conversation with David McWilliams : The swashbuckling, motor-cycle riding Greek economist Yanis Varoufakis returns to talk about international world order and his new book -  Adults in the Room: My Battle With Europe’s Deep Establishment.

The McGregor Effect: The Economics Of Winner Takes All : What happens when the winners clean up in the “winner takes all” reward structure in sport, medicines, law, architecture etc where winners win a multiple of the runners up take home pay? How do we level the playing field and how do we compete when the game is rigged?
United Ireland: At What Cost? : Brexit has prompted some to suggest that a United Ireland is now a serious solution to the big problem that is Northern Ireland but who would pay the nearly £10 billion per annum bill and would the people, North and South, want it?

Ted Talks: The Economics of Father Ted with Liam Delaney : Take a jaundiced view of economics through the lens of the classic sitcom, Father Ted in a very alternative “TED” talk.

The Kilkenomics Sunday Brunch : is the most popular show and back this year with a heady mix of Sunday newspaper reviews, inspired insights and a healthy dose of good humour and craic.
And………..Rise of the White Collar Narcos: How Marijuana Became the Hottest New Commodity; Russianomics: Putin and US and How to Make an Entrepreneur with Mike Driver.

Tickets for Kilkenomics start at €13 are available online at www.kilkenomics.com. Kilkenomics runs from November 9 - 12.