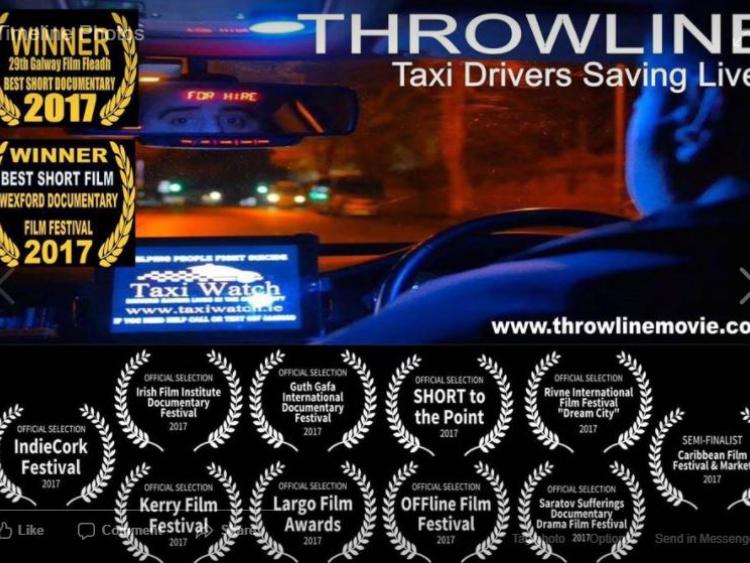 A short documentary film about the ‘TaxiWatch’ initiative pioneered by a Kilkenny taxi driver just can’t seem to stop picking up accolades.

‘Throwline’ is the eye-opening documentary about local man Derek Devoy and the suicide prevention initiative he founded in 2014. With his training, his ambition was to empower other taxi drivers to save lives. He has since helped to secure safeTALK training for taxi drivers across the country.

This caught the attention of Banjoman Films and Ishka Films, who produced the documentary ‘Throwline’, about Derek and TaxiWatch, directed by Mia Mullarkey. The film had its world premiere at the Galway Film Fleadh, where incredibly it won ‘Best Short Documentary’ — a momentous achievement.

But the film wasn’t finished there — and it’s now making waves on the international film festival summit. Two more awards for ‘Best Short Film’ followed, this time in Russia and Switzerland.

Now, Throwline has been nominated for Best Short Documentary at Kerry Film Festival, which is screening this weekend in Killarney.

All the honours have caught Derek by surprise somewhat. He knew the film was good, but is still a little bemused when people who have been profoundly affected by it come up to him and tell him their stories.

He is in contact with people from across Ireland and further afield, and is delighted if TaxiWatch — and/or the film — is able to help them. For more, see TaxiWatch.