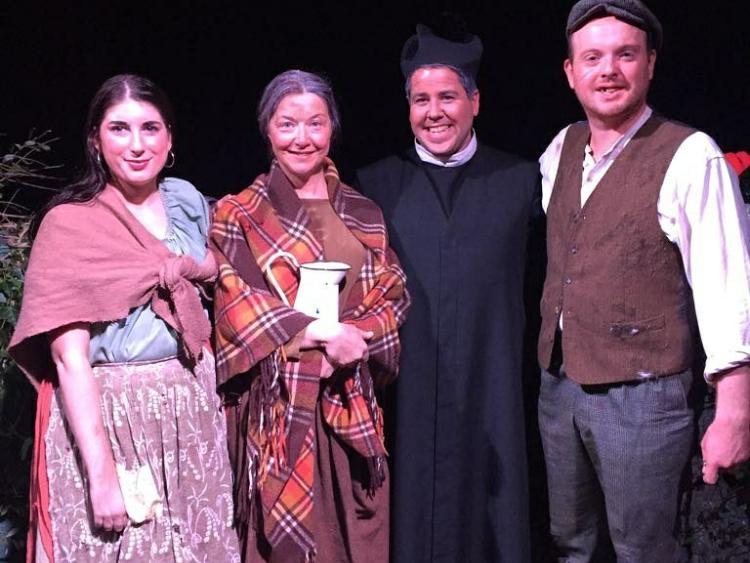 A Kilkenny inspired, New Ross Drama Workshop have qualified for the All Ireland One Act Drama finals in Letterkenny.
They have achieved three wins on the amateur drama circuit and will represent the group with their production of "The Tinkers Wedding" by John Millington Synge
The play stars two Kilkenny Men.
Peter Madden from Gowran and Graignamanagh native Edward Hayden alongside fellow group members Martina Kavanagh and Seona O’ Connor.
Hayden, the chef, foodwriter and culinary teacher picked up a number of best actor awards on the circuit.
Seona O’ Connor also received a number of individual acting accolades
A lot of the credit for the success falls on the director Peggy Hussey.
Her attention to detail and to the nuances of the text are excellent.
The set by Brid Walsh and Paul Walsh has received lavish praise from adjudicators.
Stage management for the play is by Margaret Rossiter and Kate O’ Keeffe.
The costumes are by Mary Hennelly; the make-up by Kitty Warren and lighting is by John Caulfield.