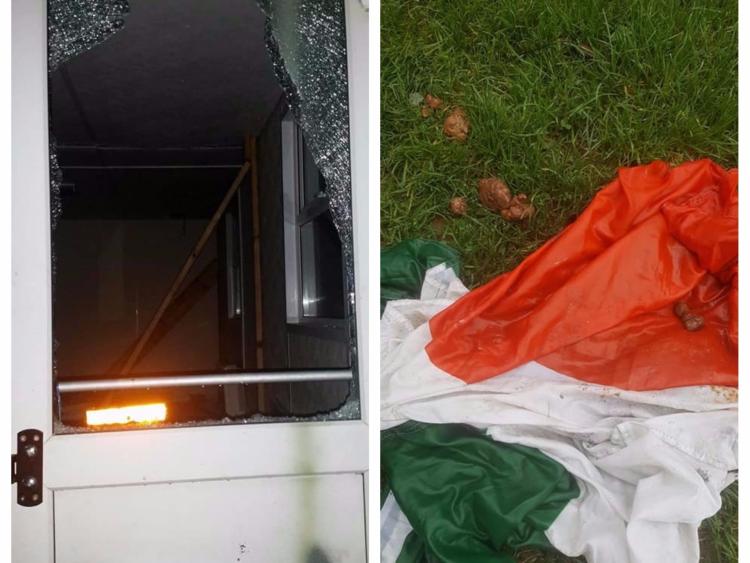 Property damage at Callan FC, and the state the Irish tricolour was left in

Vandals broke into a cabin belonging to Callan United Football Club on the night of November 19 causing property damage, and even apparently  desecrating the Irish flag.

Secretary for the club Kieran Canavan confirmed there had been a break-in at one of the new cabins, which were only put in place over the summer having been donated by a local school.

While the property damage was minimal, the culprits decided to remove the Irish tri-colour and then, apparently, cover it in faeces.

The incident has caused considerable upset in an area where many local people and volunteers are involved in the thriving soccer club, giving of their time and effort to make it a success. It is not the first incident of vandalism and anti-social behaviour to hit the club in recent months.

A Facebook post from the club's account laments the incident's impact on "club members (who) worked so hard to put in place for the kids of this town who are raised to respect their facilities". There are considerable frustrations too that public street lighting and security cameras proposed for the area have not materialised.

In perhaps the only redemptive note of the tale, the club's gear supplier, Intosport.ie, has kindly offered to cover the cost of the window broken in the cabin door.

The incident has been reported to Gardai. Anyone with any information or who may have witnessed anything should contact Gardai on 056-7775000.