Kilkenny hopeful has made it down to the final 24 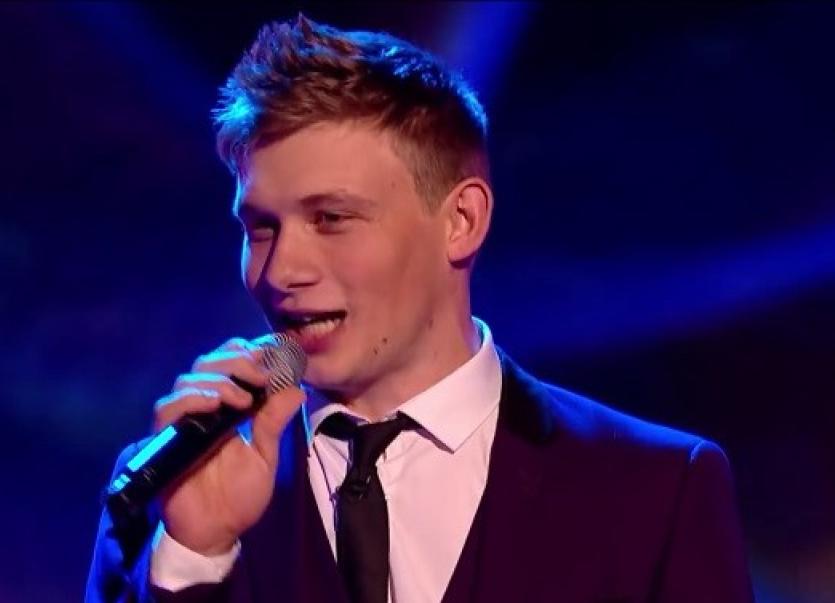 Shane McCormack, the 21-year-old swing singer from Kilkenny, has made it into the knockout round of the television show The Voice UK.
Shane’s Kilkenny fan base can barely contain their excitement, hoping he is on his way to a huge win for the county!
Shane, not only a singer but also a circus performer, joined the circus after he finished his Leaving Cert in Coláiste Mhuire in Johnstown. He then left a few years ago to start up his own circus with his  fiancé.
Shane travels around Ireland in his campervan, which he feels is better than a house as it gives him the freedom to be where he wants when he wants.
“I sometimes miss my hometown but I am used to traveling as my parents ran a fun fair and I had been traveling around Ireland from a young age,” he said adding that he is on tour at the moment!
Shane gets a lot of support from Kilkenny when he’s on tour.
“There are constant posts going up on social media by fans and from his family,” he said.
Shane’s cites Michael Bublé as his idol but he also loves Dean Martin and Frank Sinatra.
“I love the competition, because I love being around so much talent”, he said adding that the next round will be tough because of all the amazing talent.
“I am looking forward to participating,” he added.
Shane won over Olly Murs in the blind auditions and the singer turned his chair when he performed the song ‘Moondance’. Shane then went through to the “Battle Rounds” where he went up against Olly’s other teammate Ivy Paige and was chosen to go through to the next round.
Kilkenny fans are ecstatic to see Shane doing so well in this competition and are hopeful that he will win the overall prize and the coveted record deal.
Shane will appear on The Voice UK  March 24  and Kilkenny are rooting that the Johnstown man will go all the way!