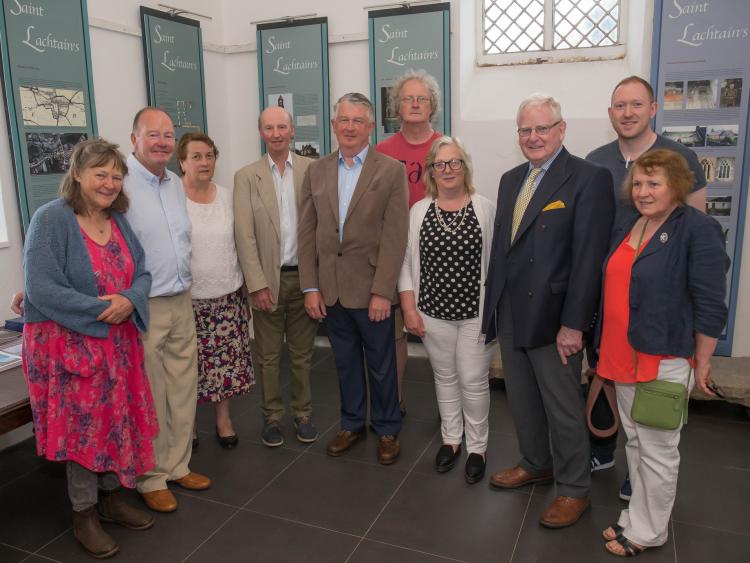 Freshford struck a blow for rural Ireland on Saturday when it opened an exciting new visitor centre.
With 10,000 cars a day going through the village, hopes are high that St Lachtain’s Church Arts and Crafts Centre will encourage people to stop and enjoy this picturesque part of the county.
And at the opening of the 12th century church as a tourist attraction with its world famous, Hiberno-Romanesque doorway, dating back nearly 1,100 years, a plea was made for the return of a sacred relic.
Pat Nolan, president of Kilkenny Archaeological Society, in the course of his address at the official opening, asked that a relic of St Lachtain, be returned to the church.
“The shrine dates from before 1120 and was made to house a bone (the arm) of St Lachtain.
“For much of the medieval period it was in private hands, was confiscated during the Reformation and came back from England in 1884 and today rests in the National Museum,” he added.
“It should be returned immediately,” he insisted.
The church and the cottage attached to it which has become a cafe and art gallery are exquisite and another little gem to add to Kilkenny’s tourist trail.
Interpretive panels and booklets there give an in-depth history of the church and it is absolutely fascinating while outside, fine carvings on many of the 281 grave stones and markers are another reason to visit.
A magnificent patchwork wall hanging in the church, created by Phyllida Clarke, was unveiled at the launch.