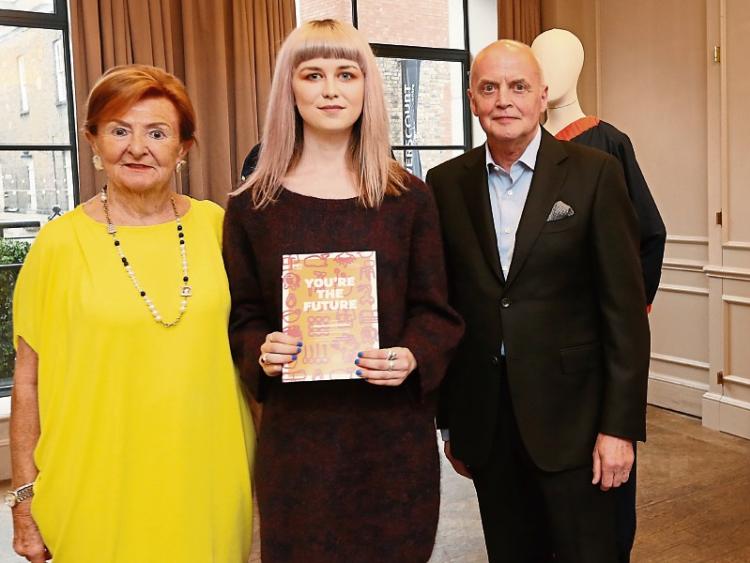 Nicola Hutchinson, from Kilkenny, who is studying for a BA in Textile Surface Design at NCAD, was awarded with a Professional Development Support worth €500.

Nicola emerged as an awardee from a record 191 applications for the support awards.

Jeweller Sandra Hartwieg, originally from Wexford but now based in Kilkenny, was awarded Studio Support award worth €1,000. Sandra’s work was described by the judges as having been “executed with a high level of craftsmanship.” She graduated from DCCoI’s Jewellery & Goldsmithing Course in 2017.

Lily Read, a current student on the same course, was presented with the Design Award (€1,000). Her work was described by the judges as “geometric forms produced with power, balance and precision.” Lily comes from Norwich in the UK and is currently residing in Kilkenny.

The awards were presented at a ceremony in The Westbury, Dublin on Thursday, July 12.

One of the largest prize-funded award programmes in Europefor students and emerging makers, the Future Makers Awards & Supports programme was established by DCCoI in 2009 to assist and invest in the next generation of Irish designers and makers at a key stage in their professional development.