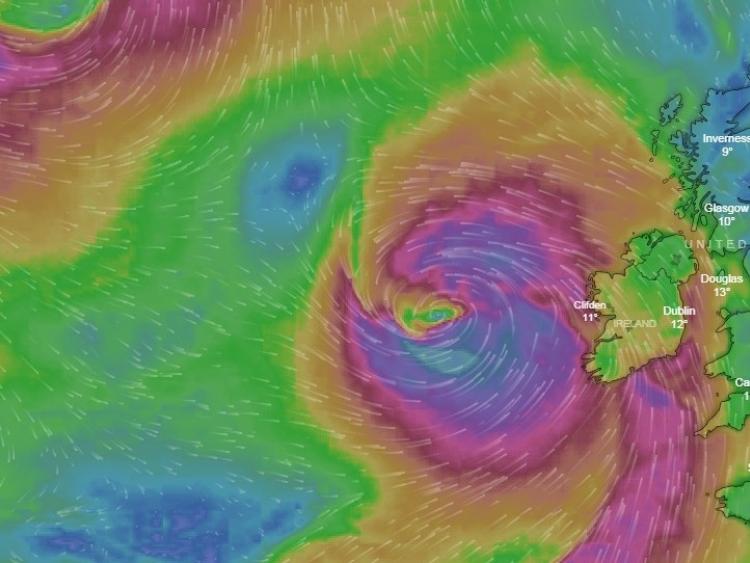 Met Éireann has issued a Status Yellow Weather Advisory for the entire country, including Kilkenny, ahead of a very active weather system, likely to be named Storm Callum before making landfall on Thursday night.

Issuing the warning, Met Éireann said, "a spell of wet and very windy, possibly stormy, weather is expected on Thursday night/ Friday morning as a deep depression tracks Northwards to the West of Ireland."

"There is the risk of coastal flooding due to high tides and surge," they added.

"Later Friday and continuing into Saturday there is the potential for some high totals of rainfall and flooding due to another area of low pressure and series of weather fronts, with the East and South particularly at risk," the national forecaster added.

The current Status Yellow Advisory is valid from 11pm on Thursday, October 11 until 9pm on Saturday, October 13.

Further warnings appear likely as the projected track of the as yet unnamed Storm Callum brings strong winds and gusts to Ireland on Friday morning.