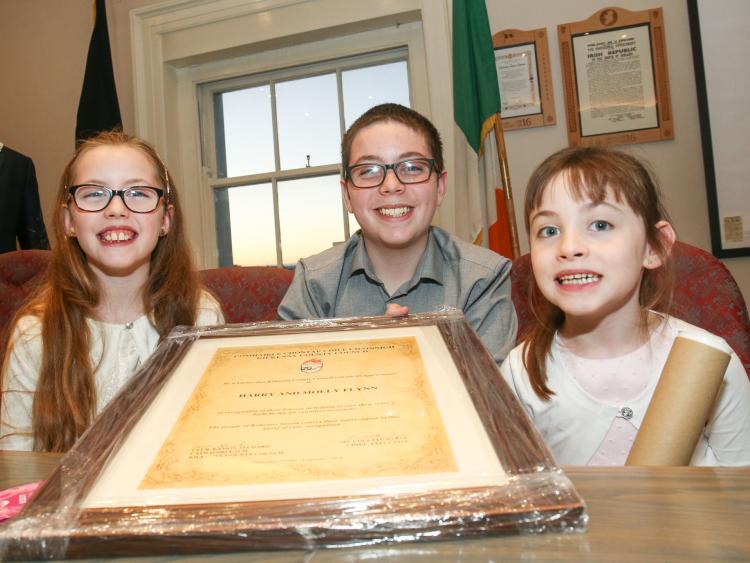 The National CarePlus Carer of the Year 2018 Awards have taken place today in a special ceremony in The Westin Hotel presented by broadcasters and patrons of Family Carers Ireland, Marty Whelan and Mary Kennedy.

The CarePlus Young Carers of the Year 2018 are Harry (13) and Molly (11) Flynn are from Ferrybank in County Kilkenny and are siblings to Isabelle Flynn.

Isabelle has Cerebral Palsy and Apnoea which causes her to stop breathing. The Flynn family were told she would never walk, talk or have the use of her hands or legs but through Harry and Molly’s constant attention and support they have taught her how to sit up, crawl, to hold a spoon and feed herself.

They have also saved her life on numerous occasions by performing CPR when she stopped breathing on a bouncy castle, at the beach and in a shopping trolley.

27 family carers from across Ireland were recognised for their dedication and many sacrifices made in their caring roles.  Mrs Brown’s Boys stars Danny O’Carroll and Paddy Houlihan were also in attendance on the day as they took on ambassador roles with the organisation.

Brenda O’Connell-Barry from Charleville, County Cork was announced as the overall CarePlus Carer of the Year and the caring roles of five regional Young Carers of the Year were also highlighted.

Brenda and her husband Trevor care for their young son Fionn (4) who has NACC1*, a rare genetic mutational condition. Fionn is the only known person in Europe with this diagnosis.

Family carers in Ireland provide 45 hours of unpaid-for care per week in their homes saving the state €10 billion every year. Today one in 10 people provide care for a loved one in the home, by 2030 demographic changes predict that one in five people will take on a caring role.