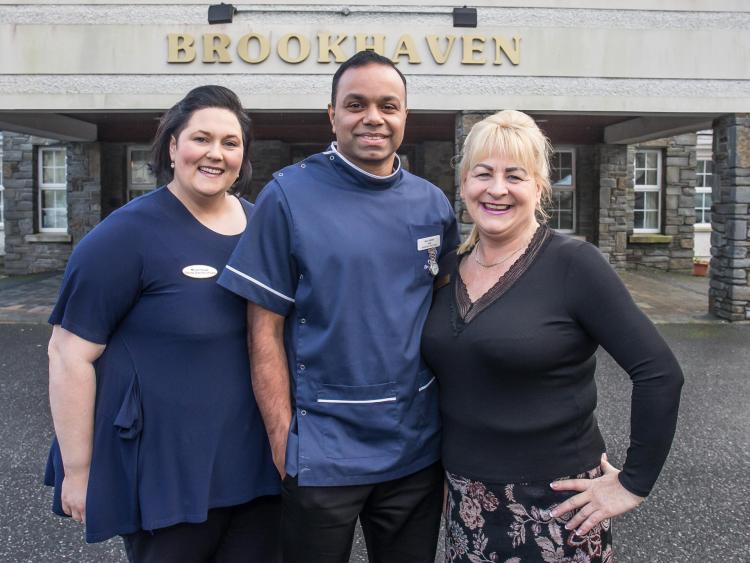 A Kilkenny nurse whose swift actions saved the life of a man having a massive heart attack has been hailed as a hero.

John McCassey says it is a ‘miracle’ he is alive to see in the new year and it is thanks to nurse Manu Varghese who was “the right person in the right place at the right time.”

The dramatic rescue happened just before Christmas when Manu and John were in Carlow to play in the South West Leinster finals in mens’ tennis doubles. John had finished playing and as he walked away from the court Manu saw him lean to one side, then fall down on the ground.

“First I thought he had tripped, then I ran over and straight away I could see his hands shaking. I put him on his side, bent his legs and cleared his airways. He wasn’t breathing. I couldn’t feel a pulse so a started CPR,” Manu described the incident.

Manu did chest compressions and gave John mouth-to-mouth to get him breathing - but John stopped breathing again. Manu had to ‘bring him back’ three times in the ten minutes before the ambulance arrived.

CPR is not usually done anymore, thanks to the advent of defibrillators, but if Manu hadn’t used the technique John wouldn’t have survived, Bernadette Brennan, Director of Care at Brookhaven Nursing Home in Ballyragget, where Manu is Clinical Nurse Director, said.

“I wanted to keep him alive,” Manu told The Kilkenny People. The modest nurse said it was his training at Brookhaven that allowed him save John’s life. So modest is Manu that he didn’t even tell his colleagues what he had done when he returned to work in Ballyragget the next day, they heard of his quick-thinking actions from someone else who was there.

John McCassey was relaxing at home in Leighlinbridge with his family and his dogs over Christmas after being treated in St Luke’s hospital in Kilkenny. The medics discovered John had four blocked arteries and needed four stents implanted in his heart.

“I believe I was ‘gone’ a few times,” John said. He doesn’t remember anything about his collapse but was told what Manu did to save his life.

“If Manu wasn’t there I wouldn’t be here,” John said simply. “I left this world for a while. He was able to put his medical experience to good use.

“How do you repay someone for saving your life?”

John’s wife, May, and adult sons Kevin and MJ, are delighted Manu was there when he had his heart attack.

John also has a message for people who put off going to their doctor. He says he felt a ‘soreness, tightness’ in his chest in the run up to his heart attack but put it down to ‘old age or indigestion.’ “The warning signs were there,” he said urging anyone else who may experience those symptoms to see their doctor.

Manu, who is originally from India, lives in Castlecomer with his wife Nisha, who is a community nurse, and their three children. He  moved to Kilkenny more than 11 years ago and has worked at Brookhaven for all that time. His words of advice for people, after the incident, is to check their cholesterol levels, and he also stressed how important it is for  nurses to keep up to date with their training and skills.

Chief Executive of Brookhaven Healthcare, Gearóid Brennan described Many as “an outstanding member of our staff and a key a member of our leadership team.  He went on to say “manu joined Brookhaven in 2006 and has since achieved the position of Clinical Nurse Manager. He is a true professional who always has our residents foremost in his thoughts. His actions in coming to the aid of someone in serious need is entirely in characters and reflects the wonderful and caring nurse he is. We are so proud of what he has done, and honoured to have him as part of our team in Brookhaven.”