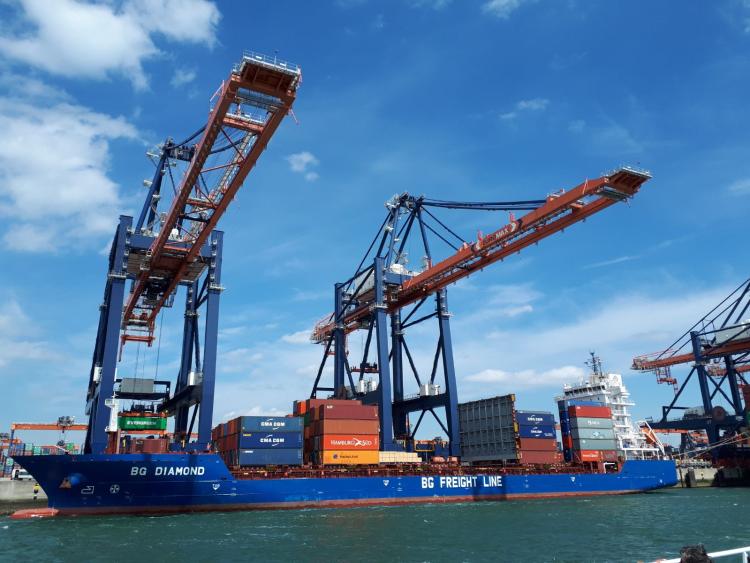 Waterford Port situated at Belview, Co Kilkenny: As well as containers bringing goods to and from mainland Europe, the port has a strong bulk business

Belview in south Kilkenny is home to the Port of Waterford which continues to enable regional and national economic growth, generating very significant direct and indirect employment.

As well as containers bringing goods to and from mainland Europe, the port has a strong bulk business with shipments of fertiliser, animal feed, steel and timber along with special consignments such as wind turbines. It continues to grow as the industrial zone which surrounds continues to expand.

One of 2019’s major milestones at the port was the introduction of the first ever deep-sea container service on the Waterford-Rotterdam route which has a strong appeal to those shipping via Rotterdam to and from global locations such as those in Asia and the Americas.

The Port’s cruise business supports the tourism and hospitality sector in the southeast, drawing in thousands of higher spending visitors each year – many of whom take shore excursions to destinations including Kilkenny.

Over the last two years, there were 35 cruise calls at Waterford, bringing 28,000 passengers to the southeast.

Responding proactively to climate change and emerging economic opportunities and challenges are among the key themes of the latest version of the Port of Waterford corporate plan.

As the Port of Waterford doesn’t operate direct services between Ireland and the UK, no major operational issues are envisaged as a result of the UK leaving the EU.

Brexit represents a challenge in particular, to the agri-food sector which is important to the Port.

The corporate plan sets out how Waterford may be able to accommodate some activities that no longer fit comfortably at Dublin Port while Brexit may increase the attractiveness of Waterford’s direct services to mainland Europe to those who previously moved goods using Britain as a land-bridge.

The port company continues to actively engage with key stakeholders and was pleased to host Shane Ross, Minister for Transport and John Halligan , Minister of State for Training Skills, Innovation.

Fifth Year students from the same school also previously visited the Port at Belview to learn some of the skills they will need to transition successfully to the world of work.