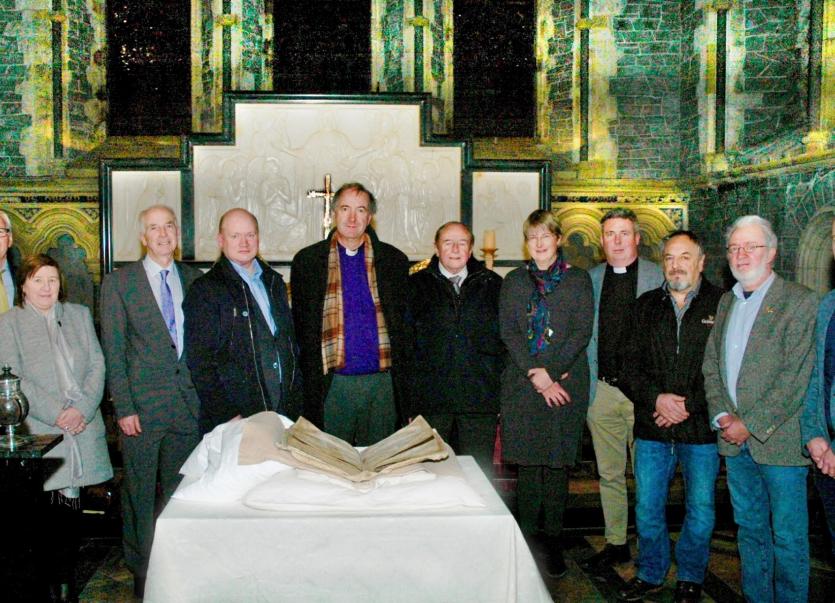 Local councillors were briefed on the historical significance of the manuscript at last month's council meeting held at St Canice's Cathedral PICTURE:CHRISTOPHER DUNNE

Local councillors have called for one of the city’s finest medieval manuscripts, the Red Book of Ossory, to be provided with a permanent exhibition space in the city.

The calls follow a recent council meeting held in St Canice’s Cathedral, where councillors were briefed on the historical significance of the manuscript.

The book is internationally renowned because it contains numerous documents of legal interest, such as the provisions of Magna Carta.

It also contains a lengthy medical treatise on ‘aqua vitae’, which can be translated as ‘water of life’, or whiskey/cognac - the first treatise of its kind on the subject in Irish written record.

Much of the Red Book was written by the Bishop of Ossory, Richard Ledred. Ledred is often noted as the notorious Bishop who tackled what he considered the important issue of witchcraft in the early 1300s.

Ledred’s actions forced convicted witch Dame Alice Kyteler out of the country and led to him condemning her maidservant Petronella to be burned at the stake in the centre of the city.

The manuscript cannot be displayed openly for long periods of time at present due to its fragile and delicate nature but the provision of a purposefully designed exhibition unit would allow for a permanent home in Kilkenny.

“I think this document would be of immense local interest and it is at home here in Kilkenny where it deserves its own exhibition space,” said councillor David Fitzgerald.

“The Red Book reveals a huge amount about the medieval history of our city,” added Mayor Martin Brett. 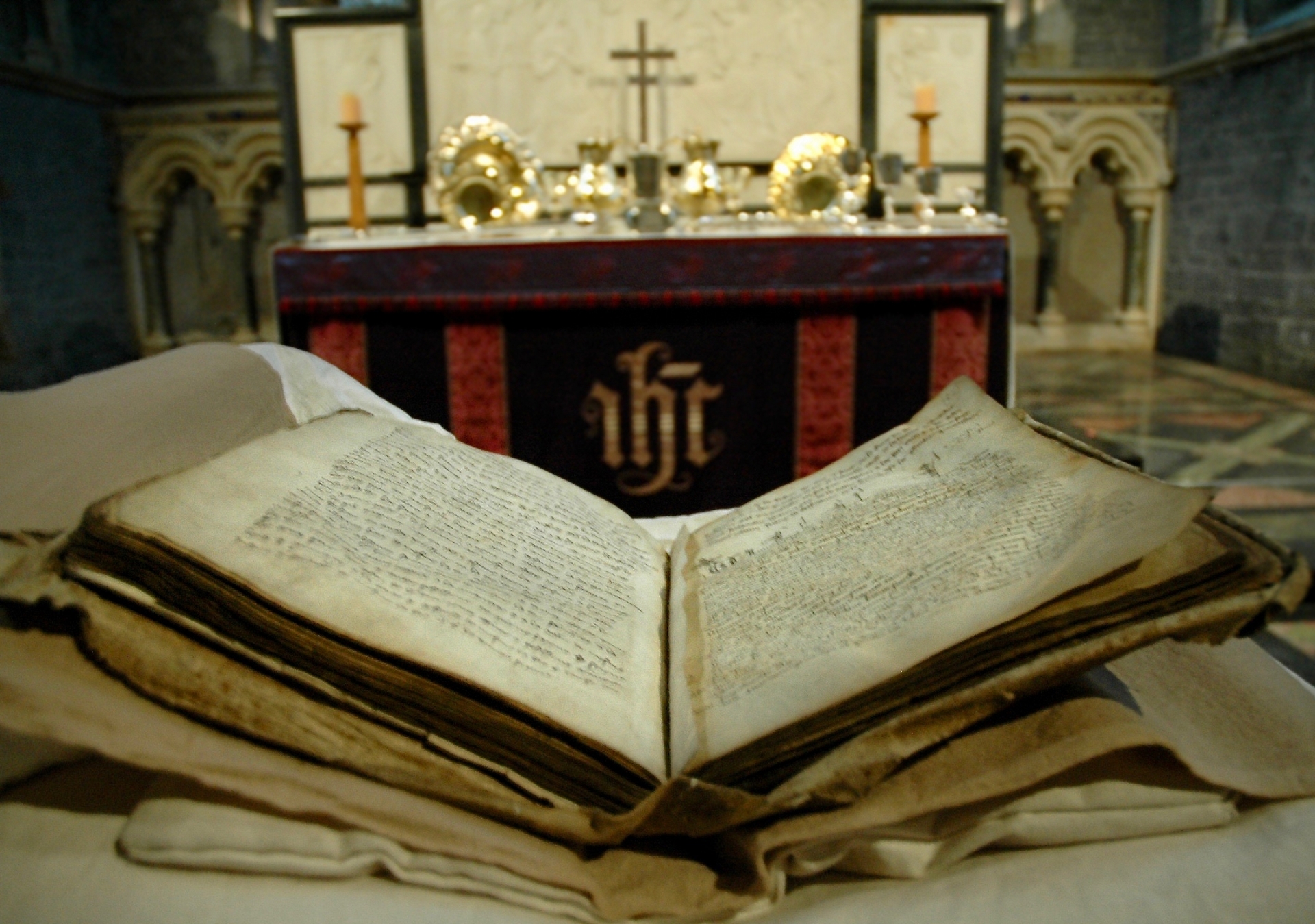 The Red Book derives its name from the colour of the leather binding which, although faded, is still visibly red inside the cover.