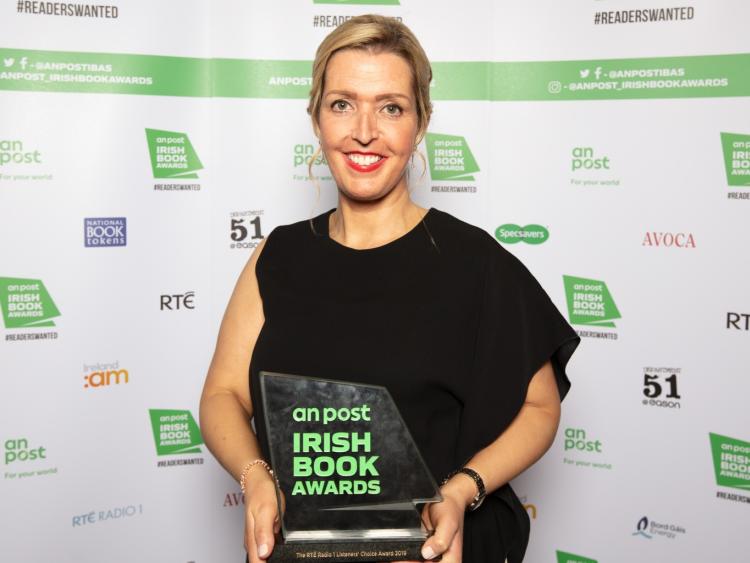 ‘Overcoming’ by Vicky Phelan and Naomi Linehan, a book written about truth and bravery through Vicky’s remarkable personal story, has been voted the ‘An Post Irish Book of the Year 2019’.

The ‘An Post Irish Book of the Year 2019’ was chosen by a public vote from the list of category winners announced at the recent An Post Irish Book Awards. Previous winners of this esteemed award include ‘Notes to Self’ by Emilie Pine, ‘Atlas of the Irish Revolution’ by John Crowley, Donal Ó Drisceoil, Mike Murphy and Dr. John Borgonovo, ‘Solar Bones’ by Mike McCormack, ‘Asking for it’ by Louise O’Neill, ‘Academy Street’ by Mary Costello, ‘Staring at Lakes’ by Michael Harding, ‘The Spinning Heart’ by Donal Ryan and ‘Solace’ by Belinda McKeon.

Published by Hachette Books Ireland, ‘Overcoming’ tells the story of one of the biggest medical and political scandals of our times – Vicky and 220 other women who were diagnosed with cervical cancer were not informed with the crucial information that a clinical audit had revised their earlier, negative smear tests in which their cancers could possibly have been preventable.

Since then, Vicky has become women's voice for justice on the issue due to her system-changing activism. From a life-threatening accident in early adulthood through to motherhood, a battle with depression, her devastating later discovery that her cancer had returned in shocking circumstance and the enduring detective-like scrutiny of events that led the charge for her history-making legal action, ‘Overcoming’ is an inspiring story of rare resilience and power.

Speaking at the awards, Vicky Phelan said: "I’m truly honoured that my book Overcoming has been voted An Post Book of the Year. I could not have done this without my wonderful ghostwriter, Naomi Linehan, who brought life to my story on the page in a way that I did not think was possible.

"To my publisher, Hachette, thank you for taking a chance on me and to all the booksellers, thank you for championing my book. Finally, a huge thank you to the public, for whom I wrote this book, who supported and voted for me."