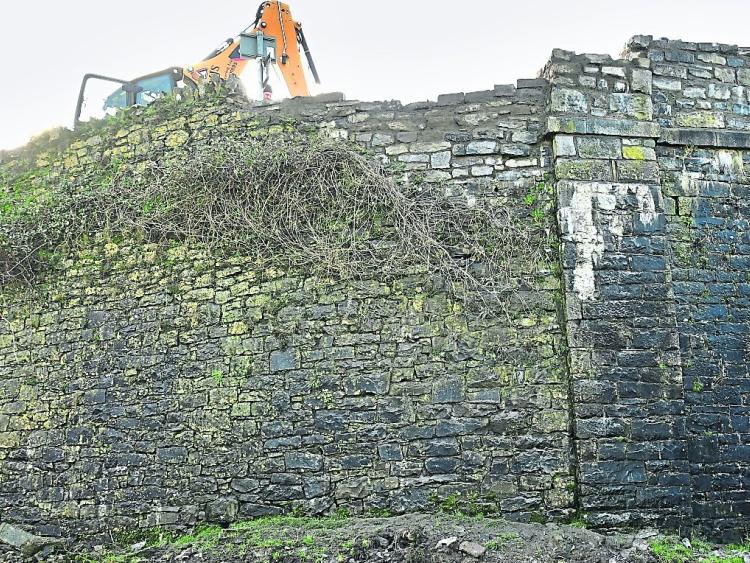 Work has begun on major safety improvements to a ‘treacherous’ bridge on the main Kilkenny to Thomastown road.

Killarney Bridge, a bridge over the railway line just north of Thomastown, has been the scene of numerous road accidents over the years. It’s a very tight bend on a busy main road.

The most recent accident on the bridge occurred when a car hit the bridge wall, demolishing part of it. The driver was lucky her vehicle didn’t go over the bridge and on to the rail line below.

Very soon after that incident local Councillor Deirdre Cullen brought up the need for emergency safety works on the bridge, at the January meeting of Callan Thomastown Municipal District Council meeting.

She was very pleased to welcome an updated report at last week’s February monthly meeting of the council, announcing major works.

The first part of the work is to rebuild the wall that was damaged. Crash barriers are to be designed and installed when the wall is complete. There will also be LED motion-activated chevrons on the approach to the bridge from the Thomastown side.

Mr Murphy told councillors he had a meeting with Irish Rail about the bridge. They will rebuild the wall and the County Council have committed to funding the chevrons and doing the road markings.

District Chairman Patrick O’Neill said accidents were happening at this point on the bridge once or twice a year and welcomed the news.

Cllr Cullen thanked Mr Murphy, the County Council and Irish Rail for the huge progress they had made in a few short weeks and said she looks forward to the permanent safety measures being put in place on the treacherous stretch of road.