Ramie has the last laugh in parking row 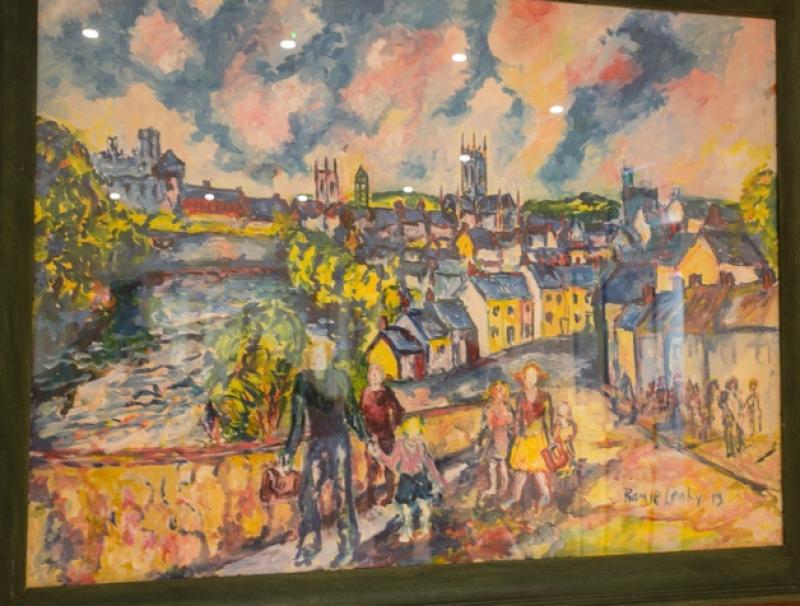 Celebrated artist, Ramie Leahy jailed for a number of hours in August for not paying a parking fine has had the last laugh.

Celebrated artist, Ramie Leahy jailed for a number of hours in August for not paying a parking fine has had the last laugh.

The Office of Public Works (OPW) bought one of his paintings after his incarceration, for E3,000 and it is now hanging in the foyer of Kilkenny garda station where Mr Leahy was brought on August 13 on foot of a bench warrant after his arrest.

The news gets better for the colourful Ramie,a resident of Thomastown- the parking fine of E270 has been written off by the State after his brief sojourn behind bars.

The drama started when Mr Leahy sent a cheque for E290 to cover the fine but it was not cashed because it was E20 too much. Two years later, a garda noticed Ramie’s pop-up gallery on Rose Inn Street during the Arts Festival and acted on the warrant.

The OPW has confirmed that the painting was purchased for E3,000 under the “Percentage For Art Scheme” as part of the upgrade of the station where a percentage of the building costs is spent on a piece of art.

Ramie Leahy is Kilkenny’s most famous and best recognised living artist. He is a founder of The Kilkenny Arts Festival and has led a colourful life. His larger paintings like this one, Going Home From School, command E3,000 each. His work is immediately recognisable. This painting depicts the old entrance to the city through Maudlin Street and has been classed as a masterpiece by leading experts in the art world.