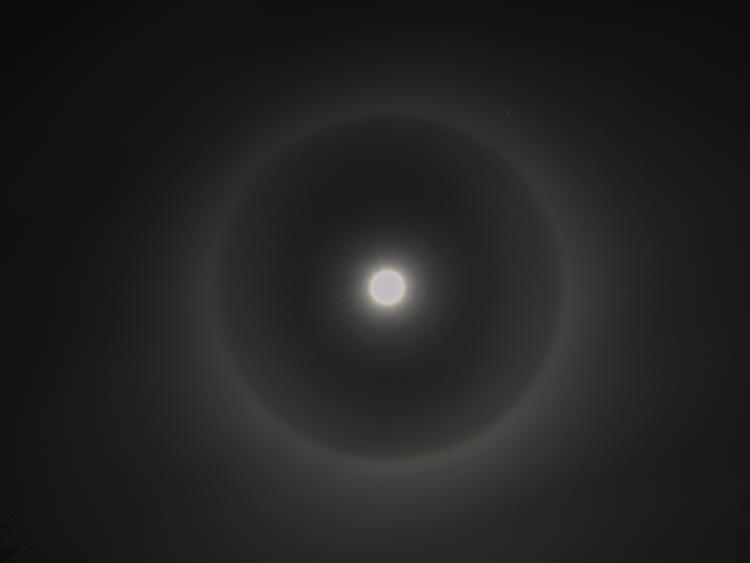 Kilkenny stargazers were treated to an incredible lunar display last night as a prominent moon halo formed over Kilkenny skies.

Moon halos, also known as winter halos or moon rings, are formed when direct light is refracted through suspended ice crystals in the atmosphere.

The phenomenon is very difficult to predict because the ice crystals have to be positioned exactly right in relation to where you are looking up from in order for a halo to appear.

In folklore, spotting a moon halo was often used as a storm warning indicator, but there is no direct scientific correlation between them.

Were you lucky enough to spot last night's example?