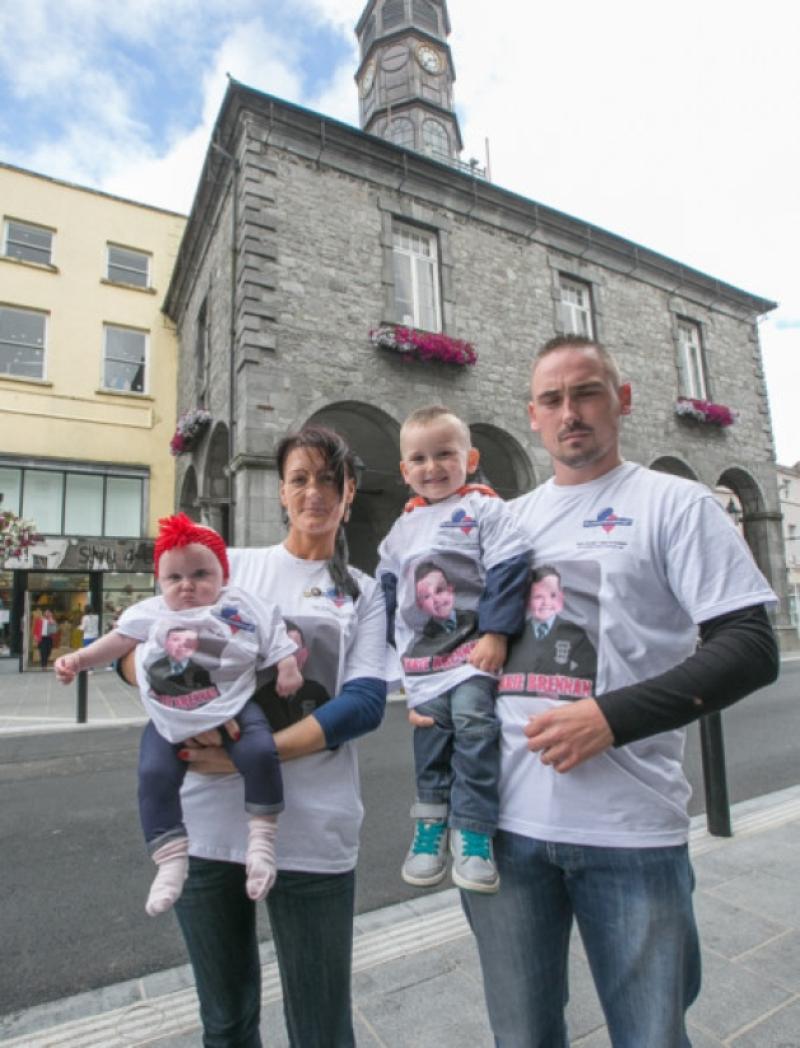 A new campaign spearheaded by the family of tragic local boy Jake Brennan has been gathering steam in recent days.

A new campaign spearheaded by the family of tragic local boy Jake Brennan has been gathering steam in recent days.

Six-year-old Jake died after being hit by a car while playing outside his home in Lintown Grove on June 12. His parents, together with family members, friends and neighbours have begun a campaign to make Ireland’s housing estates safer.

The campaign was officially launched with on Monday in Kilkenny City. Jake’s parents, Roseann and Chris, along with family and friends, took to the streets with t-shirts and leaflets to raise awareness.

The group have three core issues to address: They want speedbumps to be a mandatory part of the development of new estates; they want the maximumm speed limit in estates and residential areas to be reduced substantially; and they would like to see a new educational road safety campaign aimed at adults.

Last week, representatives from the group had a meeting with outgoing local minister Phil Hogan. They briefed him about the campaign, and he said he would pass on the details of the campaign to the incoming minister.

The group had a further positive meeting on Monday evening, when representative of the RSA Jason Darmody came for a visit. Jason listened to the group’s ideas regarding the educational side of the campaign and offered some ideas himself.

Roseann has also been in touch with Taoiseach Enda Kenny’s office, and is hopeful of a meeting there also.

The group has a Facebook page, which already has over 5,000 followers. To get involved or find out more, see www.facebook.com/jakeslegacy or email jake.brennan.legacy@gmail.com.