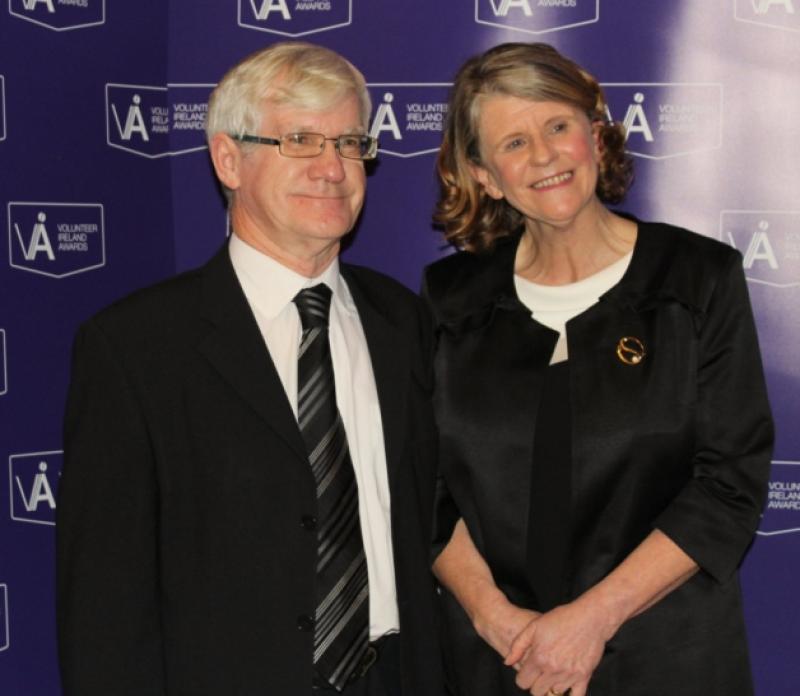 Local man Jim Kavanagh has been named the Irish Volunteer of the Year 2014.

Local man Jim Kavanagh has been named the Irish Volunteer of the Year 2014.

Jim is well known as the group leader of the Chernobyl Kilkenny Outreach Group. Over 100 people around Ireland were nominated for the prestigious award, which was shortlisted to 30.

Yesterday evening, the annual ceremony took place in Dublin City Hall. Hosted by TV3’s Sybil Mulcahy, the event is in now in its seventh year.

Jim was nominated by Adi Roche. He was awarded winner in his category ‘International Development’, and was then announced overall winner on the night, chosen by a panel of three judges.

On receiving his award, Jim said he was extremely honoured to accept the award and thanked his wife Penny, and eight children Mark, Conor, James, Mick, Lizzie, Amy, Julie, Niall and for their continuous support over the years.

Jim has dedicated over 20 years of his life to the children and people of Belarus, and has driven convoys of medical supplies, buliding supplies, food and clothes to devastated areas as a result of the Chernobyl Nuclear Disaster in 1986

He is now also in the running for the Charity Hero Award 2014 taking place next week in Dublin Castle, which will be decided by public vote. The Chernobyl Kilkenny Outreach Group would like to thank everyone who took the time to vote and support Jim in the build up to the event.