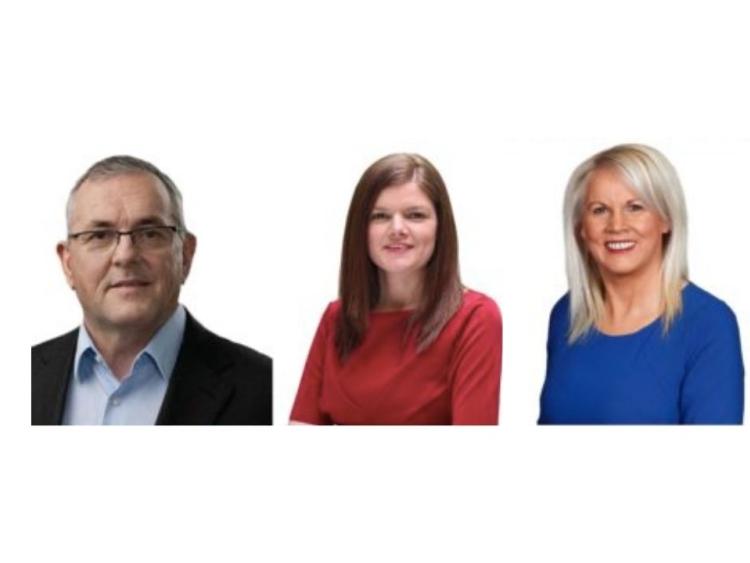 Three Carlow-Kilkenny TDs addressed a statement made by Minister for Children, Equality, Disability, Integration and Youth Roderic O'Gorman (Green Party) on the topic of Direct Provision in Dáil Éireann yesterday.

The statements relate to the recently published (Feb 2021) 'White Paper', also known by its longer title 'A White Paper to End Direct Provision and to Establish a New International Protection Support Service'.

This 'White Paper' outlines the Government's effort to abolish Direct Provision by 2024 with a goal to establishing 'a new system based on a not-for-profit approach, grounded in the principles of human rights, respect for diversity and respect for privacy and family life'.

"This new service will take a much wider, more holistic view of the needs of international protection applicants, rooted in the idea of integration from day one," O'Gorman told the Dáil yesterday.

Deputy Kathleen Funchion welcomed the White Paper but used her time to focus "on the perspective of children and young people in the direct provision system" for whom she says "it has been particularly difficult".

"They have been pretty much isolated from their communities and many have been left in limbo, in some cases for their entire childhoods," Funchion said.

"The delays in processing families has an enormous impact on children and young people’s mental health.

"No one believes that anything can happen overnight, but we all know how long the current system has been in place, how inadequate it is and how it is failing people and especially children and young people.

"Sinn Féin is supportive of the proposal to provide the vast majority of asylum seekers with own-door accommodation. This welcome move will have a very positive impact on children’s mental, physical and social needs."

In addressing Deputy Funchion's comments, Minister O'Gorman stated that the importance of children "is essential in terms of the supports we will provide.

"The availability of schooling for both primary and secondary level will be taken into account in determining the location of the reception and integration centres."

Deputy John McGuinness also welcomed the White Paper and used his allotted time to reflect on Direct Provision since its inception over twenty years ago.

"I welcome the actions being taken now to deal with the issue, and that there will be a new system in place after 2024. However, there are things we can do now. We cannot wait until 2024 to take the actions that are necessary in this area," he said.

"There are people in this country who have not been able to work and lead a proper life. Some form of amnesty should be put in place to allow people who have been here for a number of years to participate fully in society and the economy.

The Kilkenny-based TD then referred to a case he had been dealing with since 2000 when a family arrived in Ireland "seeking assistance and protection."

He explained that the husband has not been naturalised for some reason and brought into question the naturalisation process:

"Why is there such secrecy in the process of naturalisation? We can take action on that now."

Minister O'Gorman did not address Deputy McGuinness' comments and case directly, instead noting that the local TD was among those that "spoke about what we can do now".

In that context, the Minister brought up ongoing areas of attention including issues faced by those in Direct Provision with period poverty, bank accounts, driving licenses and emergency accommodation.

"I am very conscious of the speed of the decision making. It is an issue on which I am working very closely with the Minister for Justice," he added.

Carlow-Kilkenny Deputy Jennifer Murnane O'Connor welcomed the White Paper and used her speech to the Minister to focus on issues including Covid-19 breakouts in Direct Provision centres and Direct Provision resident support services.

"I was concerned when comparisons were made recently between the cramped conditions in mandatory hotel quarantine and those of the direct provision centres," she said.

Deputy Murnane O'Connor emphasised that it is women from marginalised groups who have been "most affected by Covid-19" and that their basic needs in Direct Provision centres are not being met.

She then turned her attention to service provisions by posing questions to the Minister:

On the issues of both inspections and funding, the Minister attempted to address the questions put to him by the Carlow-based TD:

"Deputy Pringle talked about the issue of independent inspections and I know Deputy Murnane O'Connor spoke about that as well.

"We will be getting HIQA to undertake independent inspections. The inspections are currently undertaken by a private company and by IPAS. That does not give the level of independence we need.

I know Deputy Murnane O'Connor wanted to talk about the level of funding available. Some €225 million was provided for the existing IPAS services and that was an increase of €45 million over the previous year, so it is a significant investment.

"We all know the system we seek to create through the White Paper will be one where the investment gives us a long-term return in having actual accommodation rather than the over-reliance on the private sector we currently have."

The issue of Direct Provision will be debated further over the coming months and years as the feasibility of the White Paper continues to be examined.

Currently there are approximately 7,000 people living in the current Direct Provision system in Ireland.