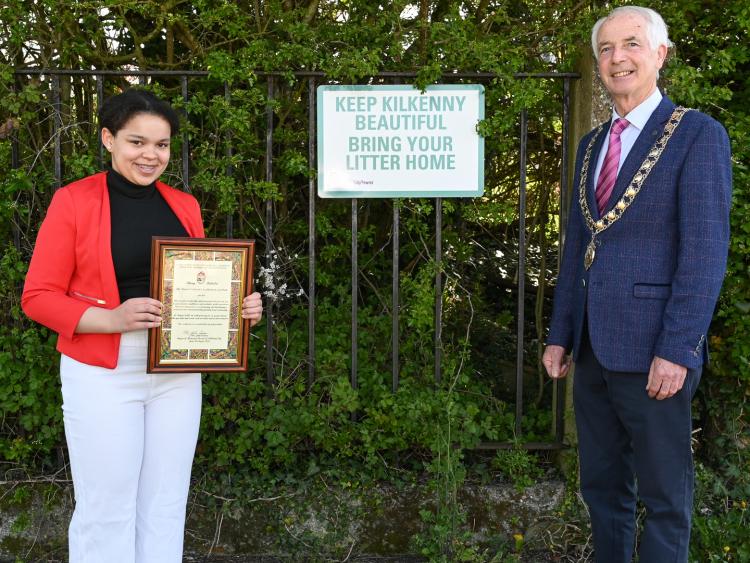 A young Kilkenny woman has been commended for the example and leadership she has given to her local community by ensuring that it remains litter-free, despite recent setbacks.

The experience of working with the Group served as an integral part of her personal development in her formative years.

"Without fail, every Saturday we were out picking up rubbish around Newpark Close.

"We felt proud to wear the high-vis' vests as we did our part for the environment," she said.

"Our work did not go unnoticed as we won numerous awards."

Keep Kilkenny Beautiful acknowledged the Group for their "outstanding contribution to the community" back in 2013 and two years later they got the chance to meet President Michael D. Higgins and wife Sabina.

"That was the big highlight for us," Ebony said.

When reflecting on her Saturdays spent doing her bit for the local community, Ebony does so with gratitude.

Unfortunately the Group dissolved when original members began attending secondary school and this year one of the original founders, Nora Webster, passed away.

The loss of Nora was a huge one to the local community and it struck a chord inside Ebony too.

"After the passing of Nora earlier this year I pondered how I could honour her memory and keep her work going.

"I finally came to the conclusion of restarting the Newpark Close Junior Litter Warden Group."

And so she did. But it took some effort.

The Group now meets every Thursday evening at 5:40pm.

"We hope we can inspire more young people to take part," Ebony adds.