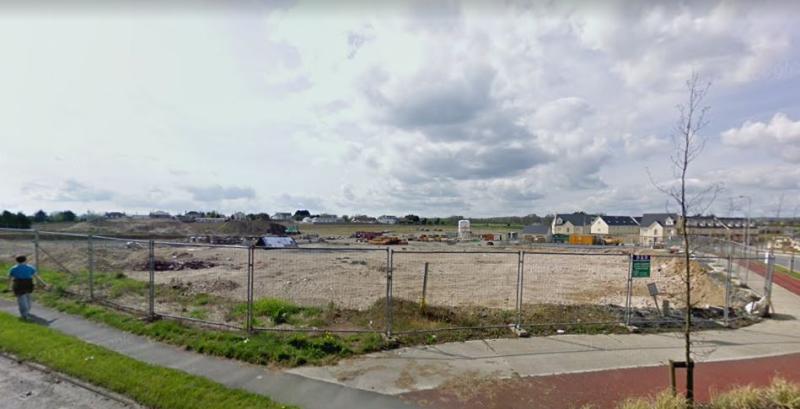 Foundation works for an ongoing phase of construction at the Margaret’s Field site. The area is now marked for a further 115 housing units

Recent plans submitted directly to An Bord Pleanála seeking the construction of a 115 unit strategic housing development on the outskirts of Kilkenny city have been met with concern by local councillors.

The planning application was submitted by Denis Treacy Construction as a ‘strategic housing development’.

Under the Government’s ‘Rebuilding Ireland’ initiative, strategic housing developments can bypass the local authority planning application process as long as they comprise of over 100 units.

Cllr David Fitzgerald called for clarity on how the houses will be allocated upon completion. “I’m aware of concerns within the community that there is an over-concentration of social housing within the Margaret’s Field development,” he said.

The councillor warned that an over-concentration of social housing in specific pockets of urban areas doesn’t take into account the lessons that had to be learned when mistakes like that were allowed to occur in the ’60s and ’70s.

“It’s important to remember that we have made great strides in relation to social housing in Kilkenny up to this point but we must remember that there is a specific group of people being left behind,” he added.

“There are no starter homes for young people to move into and to buy and get themselves going in life despite having good jobs and good education.

“This is an opportunity to get the mix between social and private housing right and I think it’s important that it is flagged to An Bord Pleanála.”

In his response, Senior Planner Denis Malone noted that this falls outside the local authority’s planning control.

“Whether the scheme ends up being sold to an improved housing body or whether the developer takes it on to try and sell it himself, that’s something on planning control terms that we don’t have control over,” he said.

Cllr Eugene McGuinness raised the point that there are organisations who buy up private houses and that as a consequence social housing strategy has been compromised.

“What’s stopping an organisation going in and buying one, two, three next week, four the week after and changing the whole dynamic?” he asked.

“Further clarity is required on this matter.”

For Cllr Martin Brett, traffic should be a major consideration.

“The amount of traffic coming out onto the Callan Road at this moment of time is a matter of concern,” he said.

“The Callan Road is a main artery going into the city and traffic congestion issues need to be looked into further.

“I worry that the scale of impact may be enormous.”

Kilkenny County Council Senior Planner Denis Malone took Cllr Brett’s point and explained how the housing development was in itself part of a wider area plan, where nearly completed infrastructure at present will ease and divert a large amount of the traffic.

“It is subject to a traffic impact assessment in any event and issues like that will be addressed but I am confident that it will not be an issue going forward,” he added.