The first ever busker in Kilkenny laid to rest- Mick Watson 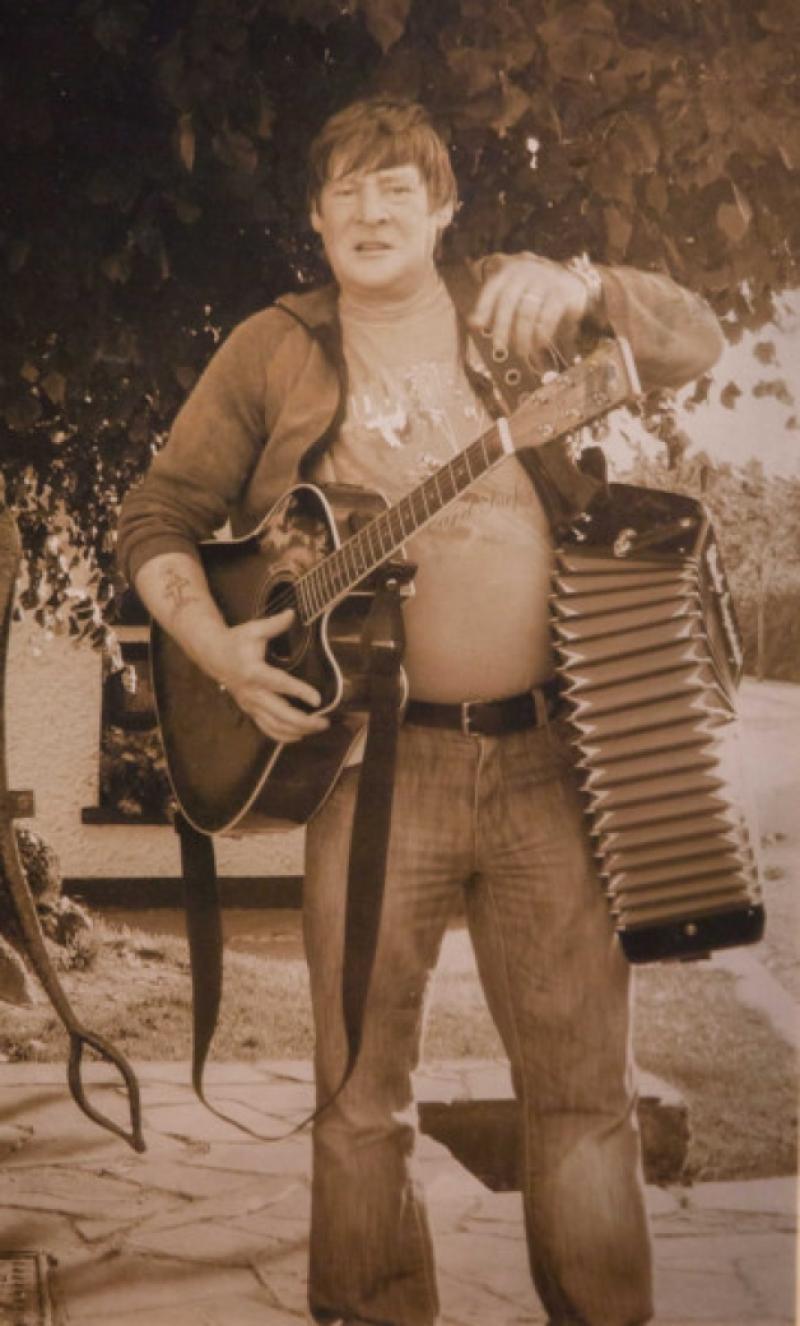 As the remains of Kilkenny’s first ever busker were laid to rest, a murmuration of 30 musicians played one of his favourites songs, Nancy Spain.

As the remains of Kilkenny’s first ever busker were laid to rest, a murmuration of 30 musicians played one of his favourites songs, Nancy Spain.

Mick Watson from Freshford would have been delighted yet embarrassed by the outpouring of emotion for him in Graine Cemetery on the first Monday morning in January.

He was one of those adorable people you rarely meet in life who loved playing music and spreading the love of it.

He was a sweet accordion player who also played the spoons. He was a frequent busker on the top of the Market Slip between High Street and Rose Inn Street in the centre of Kilkenny city.

He will be best remembered for his musical collaboration with tailor, Adrian Cashin.

And there was hardly a dry eye in St Lachtain’s Church for his funeral Mass as one of Adrian’s sons, Davey recited the poem, Busker, by John Birmingham.

Mick travelled all over Britain and Ireland with Adrian and they entertained thousands on their way to various sporting and cultural events.

They could be seen on the way to Croke Park; the Millennium Stadium, Cardiff, Cheltenham races; Nowlan Park; the lane leading to the bridge leading to the Listowel race course, Galway Races and many other arenas.

There are any lovely stories about Mick. On one occasion he and Adrian were busking outside Prestbury Park racecourse in Cheltenham and that night in the crowd they became separated. It was a lovely mild mid-March night and Mick, well wrapped up slept on top of a tomb in a cemetery close to Cheltenham town centre.

He got a numbness and when Adrian caught up with him the following morning, brought him to see a local doctor in Cheltenham. The young female GP examined Mick and noticed the carvings from the monument impressed on his bottom and thigh. She said: “You’re backside is dated 1843 and you’re the Bishop of Gloucester”

Both men enjoyed the comment and since then it has grown legs.

Adrian Cashin spoke glowingly of his great friend and said busking for him will never be the same again and said that he couldn’t recall a better accordion player.

He met Mick when the latter was playing up Collier’s Lane, off High Street and that weekend the duo went off to the Culchie Festival in Mountbellew and they never looked back, enjoying each other’s company and remaining steadfast friends.

Both talented musicians, they also enjoyed success away from each other. Mick was a member of The Briars for many years and Adrian was involved with various artists but they always re-assembled for the summer and the festival and sporting circuit.

The 54 year old died over Christmas from heart related problems and his passing shocked all those who ever came into contact with him because the gentle giant that was Mick Watson, was much loved.

Writing on Facebook, Davey Cashin of the hugely successful Kilkenny’s group said that Mick had busked for decades, bringing happiness and joy with the unique sound of his button accordion bellowing through the City’s back streets, alleys and slipways for all to hear. “They will never sound the same again,” he said.