Did you get to see today's partial solar eclipse over Kilkenny?

Let us know where you were watching from! 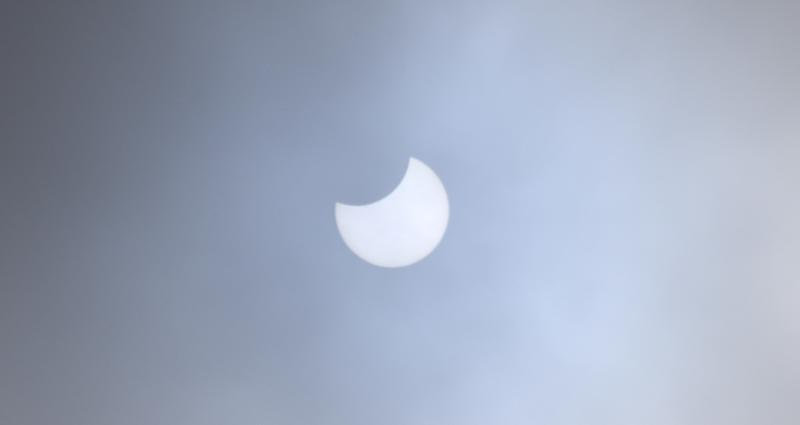 Earlier today Ireland experienced a partial solar eclipse, where the shadow of the moon covered almost a third (29%) of the sun.

This exciting cosmic event started in the late morning and lasted until just after midday, when Moon completed its passage in front of the sun.

Amateur and professional skygazers were out in force across the country trying to sneak a peak at this intriguing cosmic event, but cloudy conditions scuppered many efforts.

We want to know did you get to see it? Where were you? What did you see?

Spectators were reminded beforehand not to look directly at the sun to prevent solar burn on your retina which can cause permanent damage to eyes.

The safest way to events like these is through a pair of ‘eclipse glasses’ with a certified solar filter.

The last total eclipse occured here in 1724, but we can expect another one later this century, in 2090.