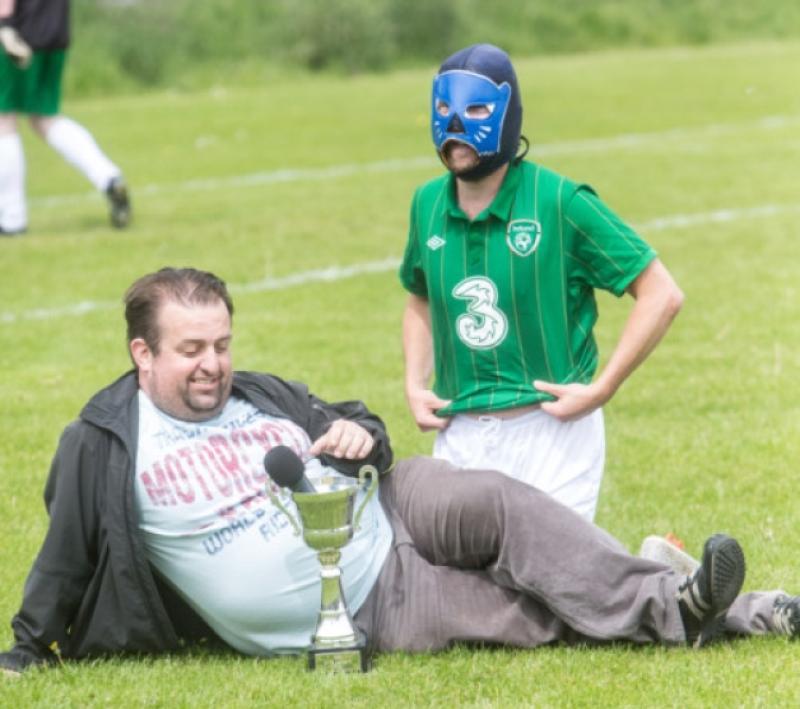 An estimated 25,000 people were in Kilkenny over the bank holiday weekend for the Cat Laughs Festival, adding to the huge number of locals who turned out to enjoy the famous comedy event.

An estimated 25,000 people were in Kilkenny over the bank holiday weekend for the Cat Laughs Festival, adding to the huge number of locals who turned out to enjoy the famous comedy event.

Reaction to most of the shows and gigs was largely positive, with the mild weather contributing to the party atmosphere around the city. New sponsors of the festival, Sky, brought a whole new dimension to the offering, securing major unprecendented events and stars, such as the premiere of Moone Boy’s second season with Chris O’ Dowd, or A Touch of Cloth with Charlie Brooker.

Audiences raved over Ireland’s own Dylan Moran, who anchored the festival with a single Saturday evening gig. That show was sold out weeks in advance, with not even standing room available for those hoping to catch a glimpse of one of comedy’s most famous faces.There were some other instantly-recognisable faces in the crowds around town, such as Scotland’s Kevin Bridges, and American comedian Judah Friedlander (30 Rock), who reportedly had to schedule extra shows owing to demand.

New to proceedings this year were events catering soley for children or families, with the new sponsor allowing this popular facet to be introduced.

The festival kicked off last Thursday evening, with Kilkenny Exposed – where comedians searched through local media to find humorous bits and pieces. Dom Irerra, Neil Delamere, Barry Murphy and Colm O’ Regan were on stage that night, and while the show was sold-out, it was rusty in places and the panel did not particularly gel well.

By Monday night’s show, they had got rid of the slideshow and Rich Hall was in instead of Neil Delamere, but it still was uncomfortable at times.

In Langton’s Ballroom on Friday, the ever-popular David O’ Doherty unleashed some of his new songs, which were well received, and Australia’s Bec Hill proved enormously popular. Saturday’s evening spectacle in the Ormonde Hotel saw Rich Hall and Michael Redmond scoop much of the plaudits, joined on stage by Ian Coppinger and Barry Murphy.

The festival’s closing show, Goodnite Cats, was a big hit. Karl Spain, well-known for his excellent off-the-cuff material was compere for the evening, and the quality of the guests, notably Eric Lalor, was superb.

The event closed with a great set from Andrew Maxwell, who had some memorable exchanges with several mouthy audience members, and continued long after his alloted time was up.

The festival’s organisers will no doubt be thrilled with how well things went, and the high number of sold-out gigs indicates that the line-up was bang on.

Comedians and audiences are already looking forward to next year.