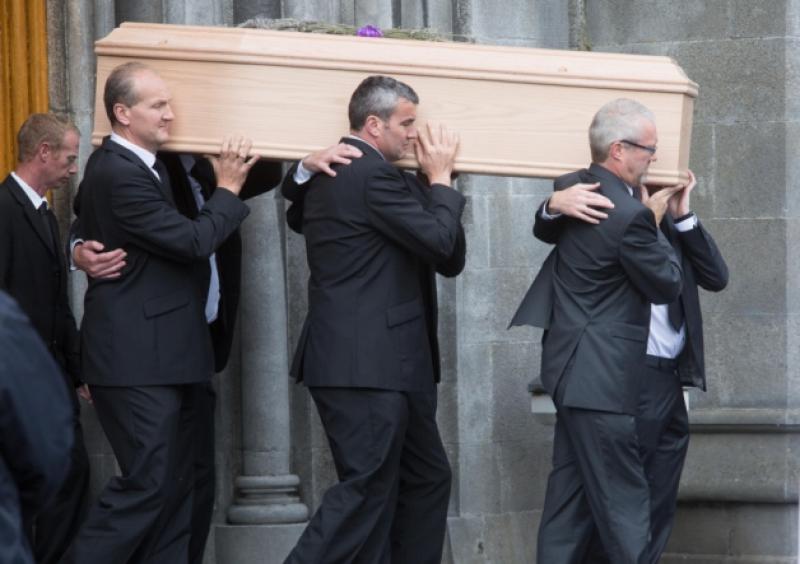 On Friday week last, in St Mary’s Cathedral, Kilkenny, the congregation afforded the man who delivered the eulogy at a funeral Mass, a standing ovation.

On Friday week last, in St Mary’s Cathedral, Kilkenny, the congregation afforded the man who delivered the eulogy at a funeral Mass, a standing ovation.

It was fitting as it was in memory of an independent minded man, much loved, who saw the good in everything and who leaves a wealth of memories.

John Bolger, originally from Ferns, Co Wexford and for many years a resident of Blackmill Street in the city, living in the house where the Fenian leader, James Stephens was born, was independent of thought and matched his words with his selfless actions.

He was a teacher, politician, engineer, rugby coach, swimming instructor and civic minded guardian of his adopted city’s heritage.

With his heartbroken wife, Elaine, they were a great team who enhanced life in the city and county for many people in so many ways, in a quiet, dignified way.

Current Mayor of Kilkenny, Cllr Andrew McGuinness was taught geography and maths by Mr Bolger in Kilkenny College. “He was loved by all the students and he was as animated in the classroom as he was in the council chamber,” Mayor McGuinness said.

He paid tribute to Mr Bolger’s enthusiasm and love for his adopted city and said he was the first independent mayor of Kilkenny in over 100 years and added that he was one of the few Mayors unanimously elected by all 12 members of the Corporation.

He also gave grinds to students for free but insisted they be provided before school started and it is something that his pupils really appreciated.

He is still remembered fondly in Graignamanagh where he gave swimming lessons in the late summer for many, many years.

Everybody has a favourite story about John Bolger, but when his son, Dermot stood up, surrounded by his brothers and sisters, and started to tell story after story about his father, what was a very sad occasion, turned into a celebration of John Bolger’s life. And although he had struggled through the last number of years with illness, it was uplifting to hear his family speak with such devotion about him.

Like the time when John got the children out of bed at 3am in the morning to go Graignamanagh to put a life buoy and stand in a field by the river Barrow where the landowner refused permission for the life-saving apparatus.

Dermot told of the many trips from John Bolger’s home in Ferns to Kilkenny and how one night he stopped the car to help a man who was broken down on the road and ended up buying the car.

John Bolger was a former mayor of Kilkenny (1999) and served as an independent on both the Corporation and the County Council. Dermot told how his father once ran for the Dail with a campaign team that consisted of his six children, aged 1 to 11, his wife Elaine and his mother-in-law.

And he also spoke of his father’s love of the gospel and his ethos on life about being just and fair and this was also touched upon by chief celebrant, Fr Willie Purcell. The event was an ecumenical affair with the Church of Ireland represented on the altar by Rev Ian Coulter.