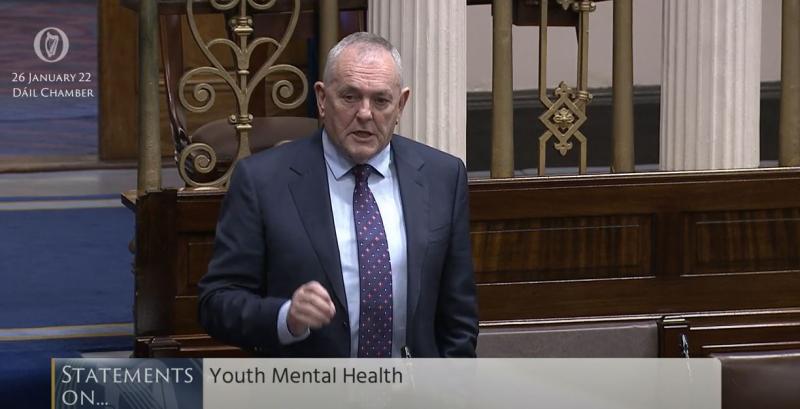 The publication of an independent report on the Child and Adolescent Mental Health Service (CAMHS) in Kerry has triggered intense debate in Dáil Éireann about other CAMHS services across the country.

The Kerry report catalogues failures across multiple levels of the system in the care provided to young people accessing CAMHS in the county.

Speaking on Wednesday, Kilkenny TD John McGuinness, after addressing the trauma of the south Kerry report, stated that 'in every single CAMHS area, and I can speak for Kilkenny and Carlow, there is a crisis'.

McGuinness further stated that if the local CAMHS service was successful, "we would not have the likes of Teac Tom filling the gap and providing the services."

"How can we tell someone who is on a waiting list for a mental health disorder that it will take a few months or a year? That is what is happening. Those who are in management positions are looking on," he said.

McGuinness then made reference to a case where "an autistic teenager was lying on the couch in his own home for 28 months because he could not get services."

He went on to describe other services not withdrawn by the HSE as 'poorly funded and poorly managed'.

Noonan stated that the report showed that young people and their families have been 'badly let down and harmed by a service in which they should have felt safe and that was trusted by the families'.

He also called for 'a rigorous monitoring of the effectiveness and safety of such services'.

"For young people with acute mental health challenges, we must ensure there is accredited, integrated, interdisciplinary, robust, safe and well-resourced counselling and psychotherapy services available to meet their needs and to support their families," he stated.

Noonan also recounted his involvement in a collaborative mental health project in Kilkenny that led to the development of one of the first suicide prevention plans in the county and, indeed, country:

"In formulating the plan, we held workshops with young people, led by Comhairle na nÓg, Foróige and Ossory Youth, from which it became clear that there was a need to integrate youth services into the available supports for young people's mental health, establish LGBT+ peer support groups, make support material readily available online and set up youth cafés and other facilities.