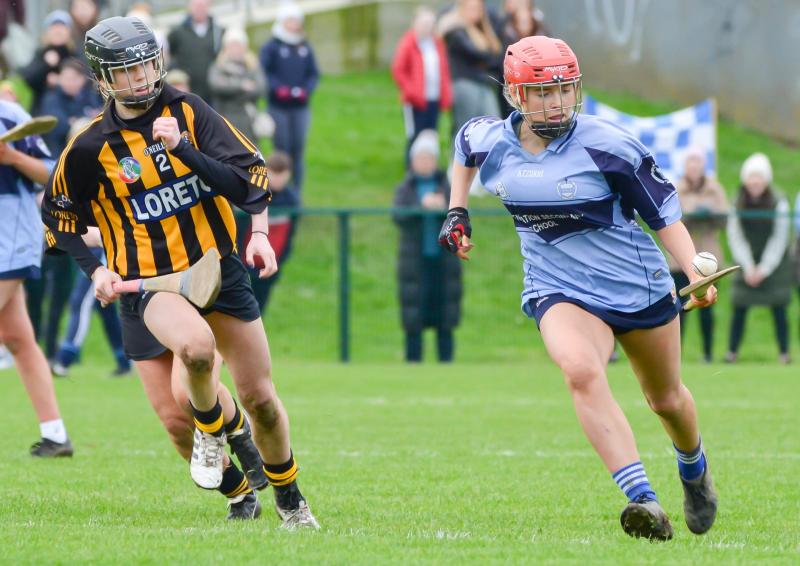 The Loreto made no mistake this time as they got their hands on the Leinster senior camogie title at the second attempt.

The girls from the Granges Road went back to John Locke Park for a replay with city rivals the Presentation Secondary School, but made sure they left with the spoils after a thrilling encounter.

After letting their rivals tear down a six-point lead in Saturday’s drawn game, the winners were in no mood to see it happen again. Putting their shoulders to the wheel they delivered a determined display in the final quarter, fighting for the scores that would lead to victory.

And key to their success was the accuracy of Asha McHardy. The Dicksboro midfielder was ice cool under pressure, converting two frees and a 45 in succession, three scores that pushed the Loreto three clear with less than 10 minutes left on the clock (1-7 to 1-4). When Anna Doheny chipped in with a well-worked point the Loreto were four clear, but couldn’t start the celebrations - the Pres’ joint captain Keara Ryan made sure when she hit back with a quick reply (1-8 to 1-5).

The Loreto resolve was tested by the Presentation’s constant pressure, but they lifted the siege long enough to stretch their lead. Claire Doheny showed great speed and stamina to sprint away for a fine point near the end of her side’s second energy-sapping game inside a week, while another McHardy free pushed the gap out to five points approaching the end of normal time.

Were the Pres finished? They didn’t think so! The Loughboy side came storming back and gave their rivals a real scare when Ryan sidestepped netminder Rachel Egan and flicked home a late goal. That cut the gap to two points and gave the Pres some momentum, but the Loreto weren’t about to cough up their lead again. Emma Mulhall steadied the ship, finishing  a great move involving McHardy and Ciara Dunne, to leave three points between the teams. It was a gap that lasted until the final whistle.