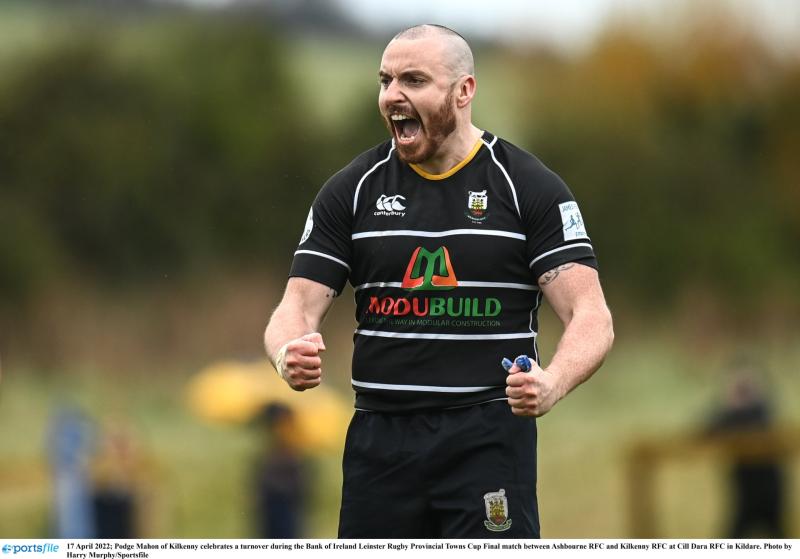 The wait is over - the Provincial Towns Cup is on its way back to Foulkstown!

Kilkenny RFC ended a 20-year wait for the title, getting their hands on Ireland's oldest rugby trophy thanks to a powerful win over Ashbourne at Cill Dara on Easter Sunday.

The Cats made a strong start in their quest for a sixth title, roaring into a 12-0 lead thanks to early tries from Aiden McDonald and Garry Dunne, Hugh Corkery adding the conversion to Dunne's 22nd minute try.

Ashbourne, who beat Kilkenny in the 2014 final, got off the mark thanks to Gavin Kennedy's 27th minute penalty. After weathering the Kilkenny storm the Meath men enjoyed a good spell of territory and pressure as half-time neared, but could only add another Kennedy penalty to their tally, leaving six points between the sides at the break (12-6).

Ashbourne were keen to cut the gap even further on the restart, but a Corkery penalty saw Kilkenny stretch their lead. That extra breathing space proved vital, as the game was in the melting pot for a spell, but a super try from Jake Pratley, and Corkery conversion, gave Kilkenny a lead they would not lose (22-6).

Corkery drove the side on, adding another penalty to make it 25-6 after Ashbourne were reduced to 14 men for 10 minutes. The numerical disadvantage couldn't stop their determination to fight until the final whistle, but a last-gasp try saw Kilkenny put the seal on an impressive 32-6 win, sparking scenes of celebration which grew when captain Jake McDonald lifted the trophy.