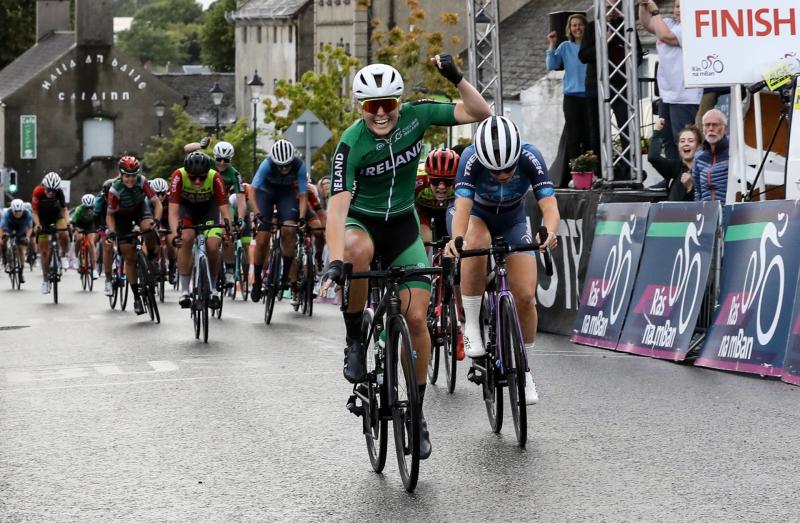 The Wicklow native held off challenges from Alba Development Team’s Kate Richardson and Cams-Basso’s Jessica Finney, who rounded out the podium in second and third respectively.

Gillespie’s win is the first for an Irish rider since Olivia Dillon’s success in 2014, and also means she’ll wear the overall leader’s magenta jersey for tomorrow’s stage two from Kilkenny to Inistioge.

Heavy rain showers greeted the 105 riders as they rolled out from Hoban Hotel in Kilkenny City, with a strong cross headwind negating the potential for any attacks succeeding and keeping the peloton together until the day’s only categorised climb.

On the 3.3km long drag to Curragawn, a strong pace at the front led to a thinning out of the bunch, before Danni Shrosbree got a gap over of Cycling Leinster’s Caoimhe O’Brien to take maximum Queen of the Mountains points over the summit. The Cams-Basso rider will wear the IVCA Wicklow 200 Queen of the Mountains jersey on stage two. 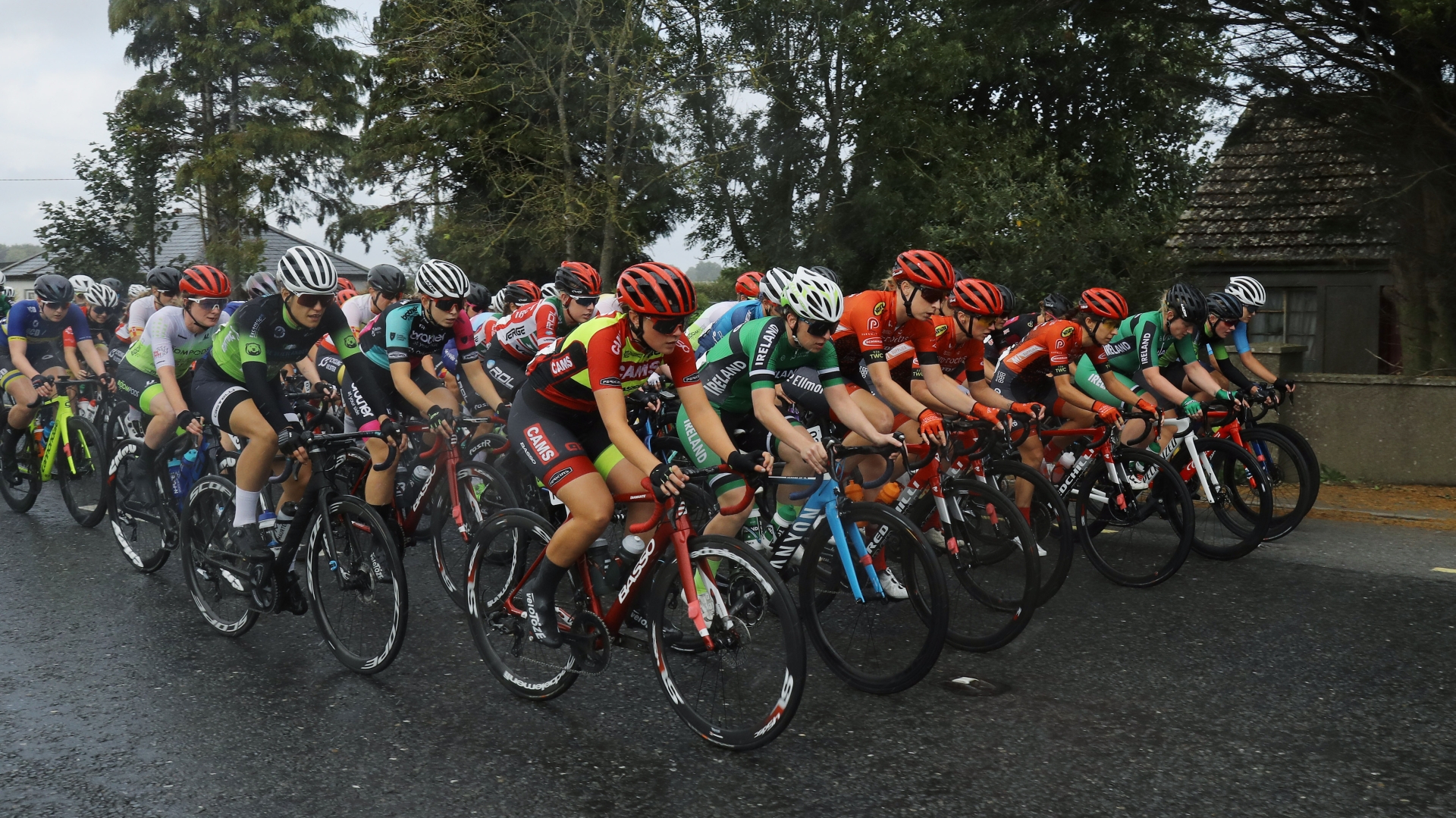 Team Ireland set the pace at the head of affairs for much of the day, with Pro-Noctus - Rotor -  Red Chilli Bikes and Cams-Basso among the other teams keeping things under control in an effort to set up a bunch sprint for their protected riders.
Heading into the final five kilometres, the various leadout trains got themselves organised into colour order in preparation for the technical run-in to the finish.

The finishing circuit and its two passages through the line gave the riders ample opportunity to assess the challenges that lay ahead, with wet roads and a 90-degree left hand turn with 200m to go providing the main causes for concern.

The hard work on the front by Team Ireland was to pay off, with eventual winner Gillespie getting dropped off in prime position and able to time her sprint to perfection to hold off the numerous challengers for the stage win.
Gillespie’s win also means she leads the Sport Ireland Points and Women’s Cycling Ireland Best Young Rider classifications to go with her overall race lead.

Cycling Leinster’s Caoimhe O’Brien was another to have a successful day, leading the Kilkenny County Council Best Irish Rider classification in addition to taking second place over the top of the Wicklow 200 Queen of the Mountains climb at Curragawn.

Tomorrow’s stage two again starts from Kilkenny, taking riders on a testing course towards a finish in Woodstock Gardens, Inistioge.