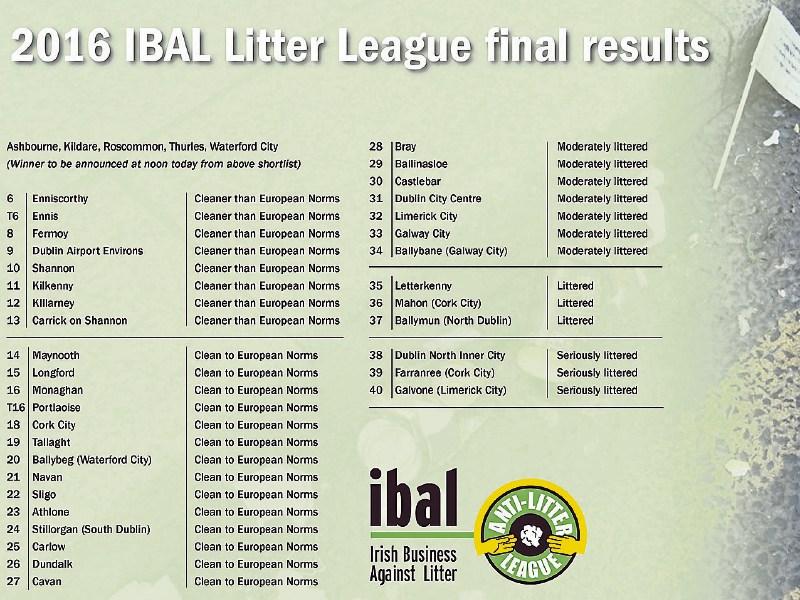 Once winners of the IBAL survey, Kilkenny has now fell out of the top ten in the final litter survey of 2016 conducted  by  business group Irish Business Against Litter.

The An Taisce report for Kilkenny noted a litter black spot – the car park next to St Canice’s Church  off Dean Street stating “This consistently clean city was let down by the recycle facility” at the car park.

It also noted “Some of the exceptionally good sites included Market Cross Shopping Centre, The Parade and High Street – they weren’t just clear of litter but had very nice streetscape – all aspects of these sites were in very good order.  The Train Station and approach roads were also top ranking.”