MUAs turn their attention to this week's challenge now 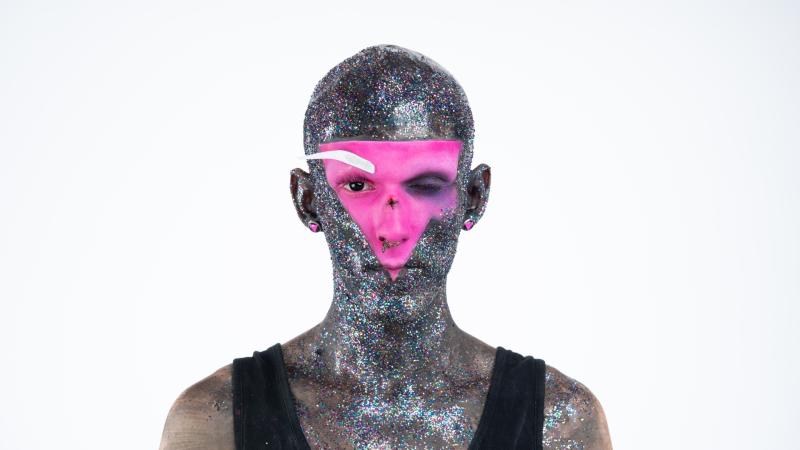 Michael sailed through and won the Drag Queen industry challenge, but with a turn of events when he ended up having a face-off with Megan O'Connor from Ballinamore . They were challenged to do a clumpy lash look and somebody had to go home. It was Megan’s turn to be eliminated from the competition, leaving our two Kilkenny stars still standing.

"I feel absolutely terrible. My heart is absolutely broken," Michael told us after the show.

"Of all the people in this competition that I could have been up against in a Face Off Megan is the purest, nicest soul I've ever met and she is insanely talented. This is not a feeling I want to have again. I'm not going to give up on this. I'm going to keep fighting for as long as I have to but it's not going to get any easier."

Episode four had the amazing guest judge and a national treasure Panti Bliss. "I am a tired old queen and so I was prepared to come in here and be a horrible cynic and think you were all terrible. And you all disappointed me by all being pretty bloody good! I was pretty impressed," said Panti.

Kilkenny’s other contestant and mother of two Carol Knox was pleasantly surprised to receive such high praise on her first attempt of Drag Queen make up, with Panti saying: “Carol I have to say at the very beginning I was most worried about you because you had a rocky start but you recovered so well. I was actually very impressed with you. I suspect you are a fighter.”

Carol also wowed the judges this week with her second challenge, which was to portray a look about facing your freedom. Carol based her look on what it felt like been in lockdown with two small children.

"Like so many parents it was hard going with small kids at home during lockdown; home-schooling, entertaining them, thinking of activities on top of feeding and keeping on top of the house. We had nowhere to go, with no break or help,” she said.

“Some people might look at freedom as getting away from it all and going to a beach or a desert island. To me it’s just silence and silence of the mind, silence to the ears. It’s about not having to think of what we have to do next or having that responsibility of always trying to be organised and figure it all out. Freedom for me is when I stop thinking and there’s silence in my head. It’s the mental break as I am a natural over thinker.”

Glow Up Ireland is presented by TV star, model and influencer Maura Higgins which airs on RTÉ2 from 9.35pm every Thursday.