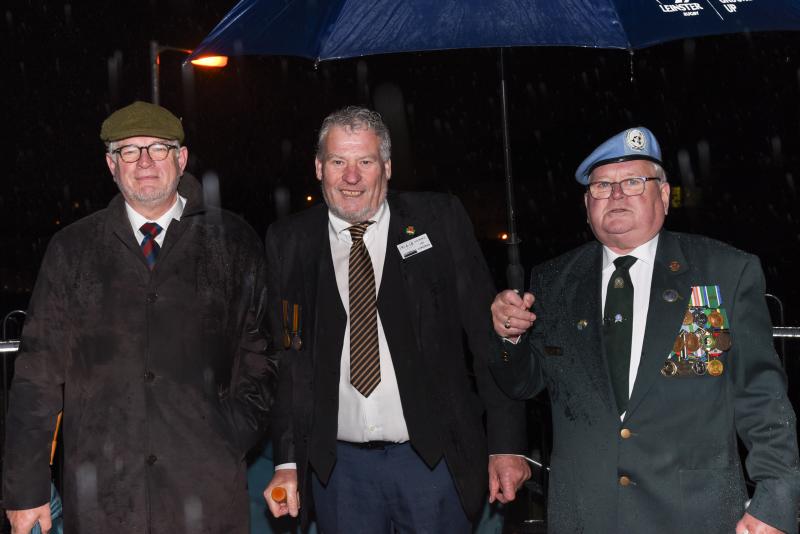 A ceremony of remembrance took place at the memorial in the Peace Park yesterday evening (Thursday, November 11), hosted by the Kilkenny Great War Memorial Committee.

Despite the rain and darkness, attendees gathered to pay respect to the over 800 men and women from Kilkenny who died serving with the Allied Forces in World War I 1914 -1918. A candle lighting ceremony was followed by a prayer and poem. A piper's lament was played then followed up with the bugler sounding Last Post and Reveille, and wreaths were laid. 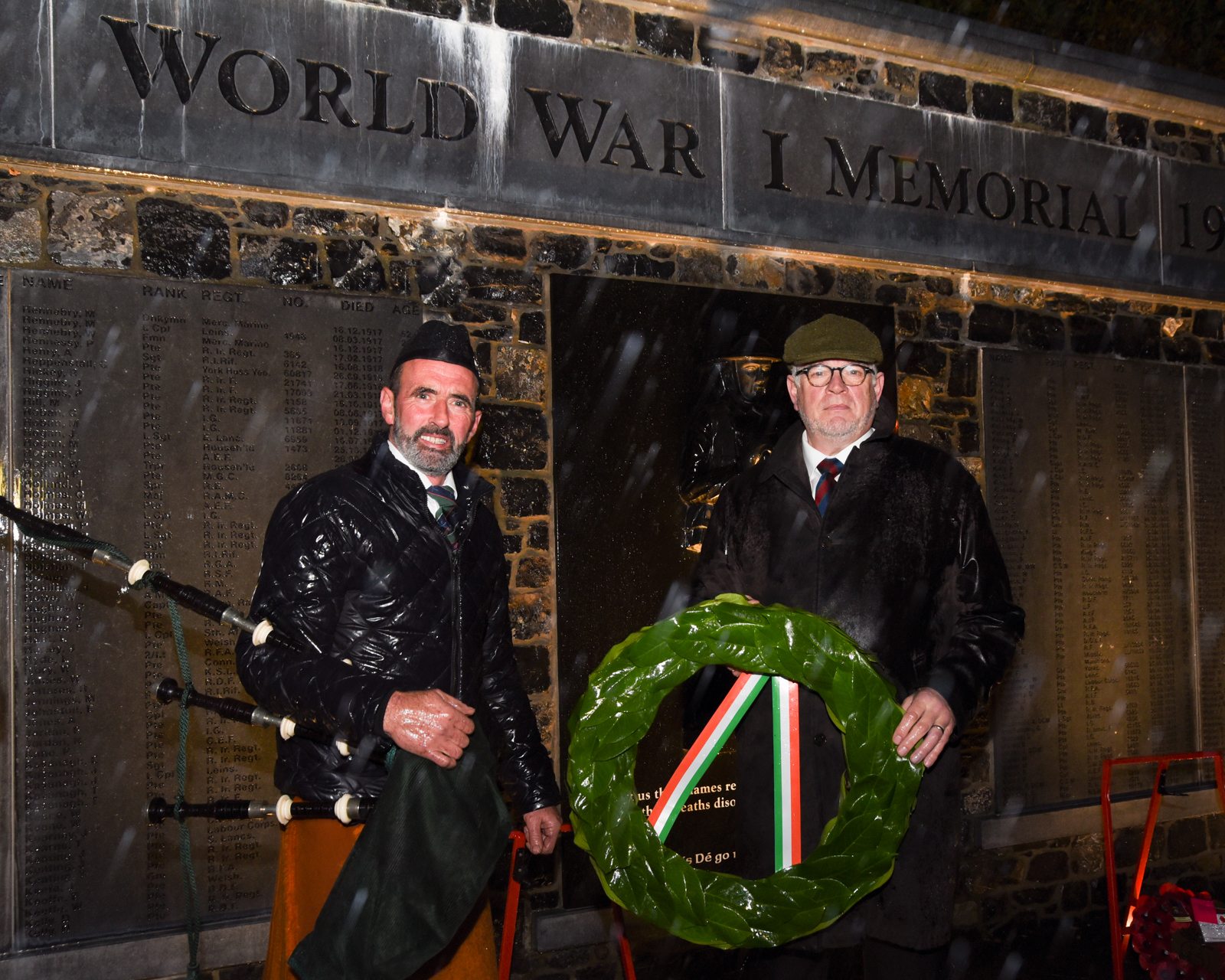 After the ceremony, John Kirwan launched his new book Kilkenny Voices in the Great War 1914-18.