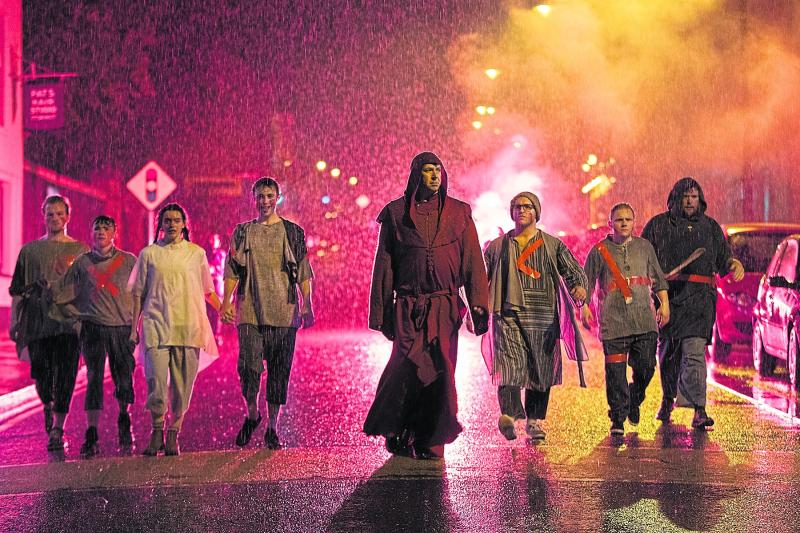 The Guardian’s 200 guinea fiction prize has been won this year by Thomas Kilroy with the Big Chapel, a powerfully imagined novel based on a famous religious quarrel that ravaged the author’s birthplace in Callan, Co Kilkenny, just a century ago.
The award will be presented by WL Webb, the Guardian’s literary editor, at a luncheon for writers and publishers at the National Liberal club in London.
Christopher Wordsworth, reviewing The Big Chapel in the Guardian when it was published by Faber and Faber in September, described it as one of the best first novels of recent years. It was subsequently included, with works by established novelists like Doris Lessing and VS Naipaul, in the shortlist for this year’s Booker Prize.
Mr Kilroy, who is 36, is a lecturer in English Literature at University College, Dublin. He has previously written a prize-winning play for the BBC and two stage plays, one of which - The Death and Resurrection of Mr Roche - was produced successfully at the Dublin Festival of 1968 and at the Hampstead Theatre Club in the following year.
Of The Big Chapel he says:
“l wrote this novel in one year in Spain. But it has been with me, in one way or another, for over 10 years. It is based on an historical situation out of the small Irish town in which I was born.
“This situation, which had passed into the mythology of the place in which I grew up, became something of a personal nightmare to me which I had to resolve in fiction. I consider the history in the novel to be a reflection of a lasting Irish problem,” he added.
Mr Kilroy’s birthplace (Kyle in the novel) is Callan. The history was a struggle between the autocratic parish priest "an imperfectly educated peasant of genius" and the ecclesiastical authorities who, in line with the developing ultramontanism of the Church at that time, wished to limit his Iocol autonomy.
The case achieved considerable notoriety, splitting the town for generations, and causing such bitterness and bloody rioting in the last months of 1871 that the Times of the day wrote of “conditions like the worst excesses of the Paris commune”.
WATER WAS LIKE MANURE
“If I had kept it I could have fertilised the garden with it."
Mr Michael Walsh of the Work Box restaurant, Bagenalstown, wasn’t talking about manure or peat moss.
He was, in fact, referring to the filthy-looking liquid which issued from his domestic water tap on Sunday morning. It certainly was not water. It was muck.
“You know,” he told a ’People reporter, “if you examined that stuff closely you would find microbes doing acrobatics around the heaps of dirt.”
A sample, now at the editorial offices of the Kilkenny People, held up against the sun, cuts off every trace of light.
Muddy water on tap is not a rare occurrence in Bagenalstown, though Sunday’s sample was about the worst ever. It happens quite often and it has been happening for some years.
At the best of times, according to several people we interviewed, the water is undrinkable.
In the words of one man, Bagenalstown is almost becoming the place where a man walks into a pub, orders a ‘half of water’ and a drop of whiskey to kill the pollution.
Cause of the water problem is that the springs supplying Bagenalstown are inadequate so about three years ago the supply was supplemented from a stream. But there’s no filtration unit. So after heavy rain the water comes through the system muddy and raw. To kill bacteria it is dosed in chlorine, which gives the water an unpleasant taste.
At present a new scheme is with the Department of Local Government for sanction. But there is no indication of how long this will take.