Adopt and don't shop is the message from local rescues 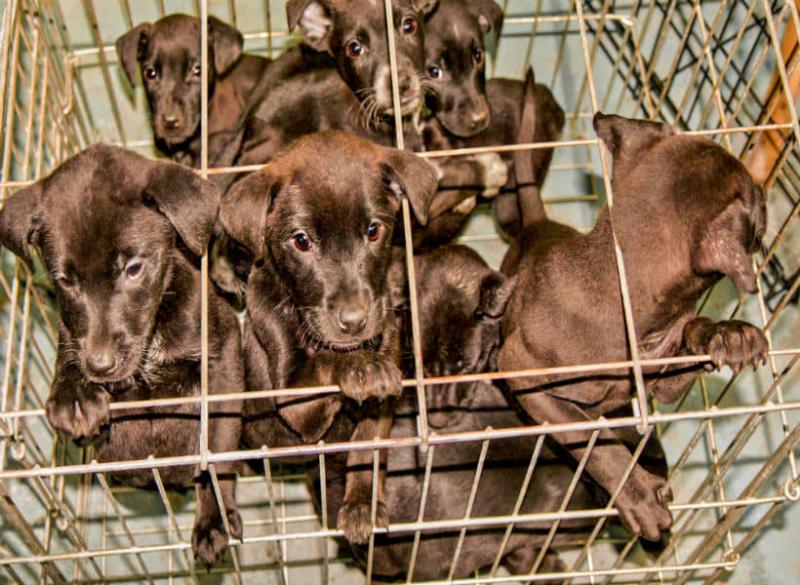 Gardai in Kilkenny are warning people not to support illegal puppy farms if they are considering  a new canine addition to their family this Christmas.

"Now is the time to raise the subject of not supporting illegal puppy farms. Every year animals, mainly dogs are purchased from unscrupulous sellers who rear them in conditions that are in breach of the 2013 Animal Health and Welfare Act and indeed kindness. Gifting one of these does not rescue an animal but keeps the business going.
"There are many other sources for people looking for a pet including our superb rescues who have been inundated with abandoned and ill cared for animals.
"Remember also your legal duties on homing of a dog include that it be chipped and under effective control while in a public place with further regulations apply to certain breeds," a garda spokesperson said.

Meanwhile a spokesperson for the Kilkenny KSPCA said  that a lot of people buy puppies or kittens as presents for their children which can lead to a lot being put up for adoption in the New Year or worse with animals not being treated for properly.

Dogs Trust, Ireland’s largest dog welfare charity is urging people to think about the lifelong commitment and responsibility that comes with owning a dog and to wait until after Christmas to consider taking on a new addition to the family. The charity revealed that they received 2,155 requests this year from members of the public asking the charity to take in their dogs in for rehoming. This figure represents an 82% increase on 2020 when dogs were in huge demand. The most common reason provided for people wanting to relinquish their dog was due to behavioural issues.

The charity is particularly concerned where dogs are being sourced with the prevalence of puppy farming in Ireland, particularly since the beginning of the pandemic when the demand for dogs saw prices soar into the thousands for puppies being sold online.

Ciara Byrne Head of Communications at Dogs Trust Ireland explains: “We are pleading with the public not to purchase puppies in the run up to Christmas. Sadly, this is the most lucrative time of year for puppy farmers, and we know genuine dog lovers don’t want to fuel this vile trade. It’s not just the puppy that you buy that’s affected, it’s the parents of the puppies that are left behind in often appalling conditions that suffer the most and that’s why we launched our End Puppy Farming campaign in November. We want to show that the public wants to see an end to the horrors these poor dogs endure daily, all in the name of profit.”

Becky Bristow Executive Director at Dogs Trust Ireland continues: “We understand that not every family is in a position to adopt a dog or puppy and we also understand there are reputable dog breeders. However, due to the nature of the puppy farming industry it is extremely difficult to buy a puppy responsibly at present. Advertisements of cute puppies online in home environments are often a smokescreen and the same photos are often used repeatedly. If you are considering getting a dog, please visit our website for advice.”