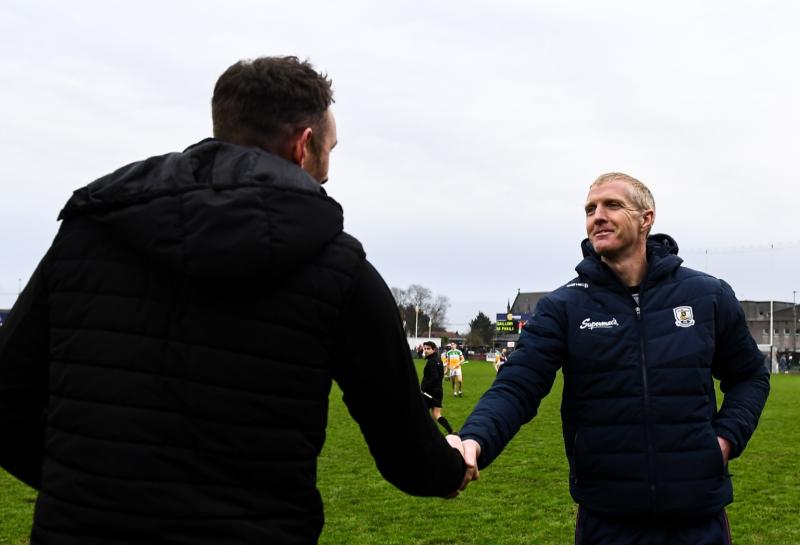 Henry Shefflin made his eagerly awaited bow as Galway hurling manager at a sold out Ballinasloe this afternoon when the Tribesmen defeated Offaly in the Walsh Cup.

Shefflin saw his team run out 2-19 to 0-19 winners over an Offaly team managed by former club and county teammate Michael Fennelly.

3,000 spectators were in attendance as an experimental Galway outfit had too much for the faithful county with Donal O'Shea and Brian Concannon finding the net for the winners.

The counties will meet again in Division 1A of the National Hurling League in a couple of weeks time and Fennelly in particular will be pleased how his side matched up to the 2017 All-Ireland champions.

After managing Shamrocks and Thomastown in recent seasons, it will be interesting to see how Shefflin gets on over the next few months with that mouthwatering clash against Kilkenny in the Leinster Championship on everyone's mind at the end of April.

Elsewhere in the Walsh Cup, Dublin defeated Antrim while Wexford got the better of Laois and both counties are due to meet Kilkenny over the next two weekends.