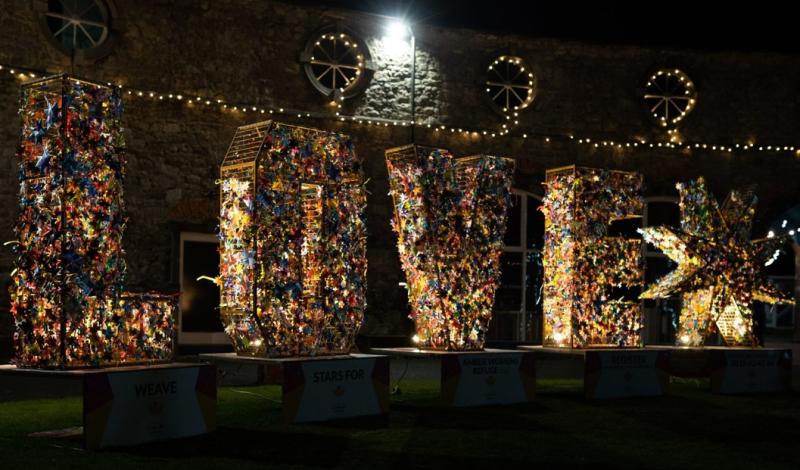 A vigil will take place at 4pm this afternoon at The Castle Yard in Kilkenny to remember murdered schoolteacher Ashling Murphy.

“It’s fitting that the vigil for Ashling Murphy is taking place at Amber’s One Million Stars LOVE installation, which contains 1000s of stars woven by star weavers from Kilkenny in solidarity with victims of gender based violence.  Each star represents light, hope and solidarity with women and with all victims of violence in Ireland.  The One Million Stars project started in Australia in 2012 in response to the rape and murder of Irish woman Jill Meagher.  We are here again, 10 years later, paying our respects to another Irish woman who’s life has been violently taken.

"We’ve seen a lot of commentary about this being a random attack, but unfortunately we deal with the affects of violence against women every day at Amber.  Men’s violence against women exists on a continuum. What starts with - sexist jokes, catcalling, harassment, stalking, sexist behaviour, misogynist attitudes and controlling & abusive behaviour - can & does end with rape and murder.  242 women have been murdered in Ireland since 1996.  This isn’t a women’s issue, it’s a societal issue and it has been and will continue to be a pandemic - long after the Covid pandemic has ended - unless something is done.  We at Amber are calling for systemic change in how women are perceived, treated, valued and protected in our country.  We need men not to use violence, not to excuse violence and not be silent about violence.  We need to do this in Ashling’s memory and in memory of all the other women who have lost their lives to violence in Ireland.  On behalf of Amber Women’s Refuge, I’d like to express our deepest condolences to Ashling’s family and friends and send support to all who are struggling or in fear today,” said Lisa Morris, Manager of  Amber Women’s Refuge.