'Kilkenny is a Goldilocks-sized place for festivals; it’s not too big or too small - it’s just perfect'

Day in the life of Naoise Nunn, on what Kilkenny festival-goers can look forward to in 2022 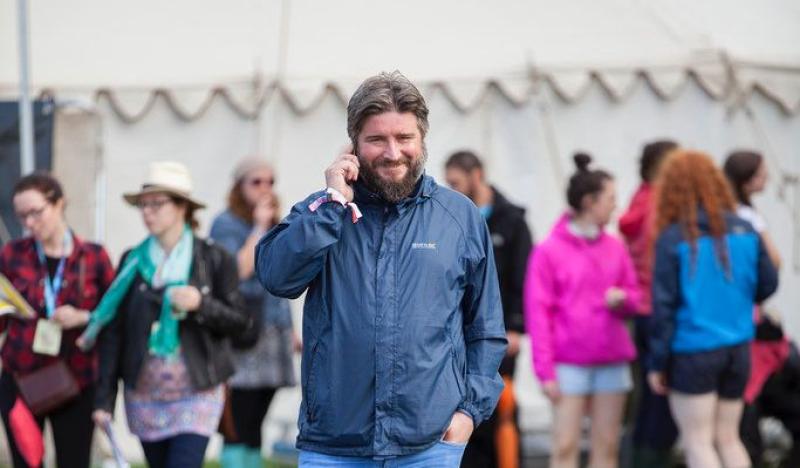 Naoise Nunn hails from Thomastown and is one of three children of Kilkenny’s much loved radio presenter Sue Nunn.
Naoise started his career in politics, studying in Queens University, Belfast. After graduation he worked in Leinster House in the Debates Office. One of his first jobs in Kilkenny was in 1998, working with marketing guru Siobhan O’Dwyer on the Kilkenny brand and the script logo, which is still in use today.

The co-director of Schweppe-Curtis Nunn, he has been producing some of Kilkenny’s headline festivals since 1996. He set up Schweppe-Curtis Nunn five years ago with his wife Maria; they create, curate, and produce festivals and events around Ireland. They practically work all year round on events for Failte Ireland, the Arts Council and Dublin City Council, the Bram Stoker Festival, Brightening Air, as well as Mindfield at Electric Picnic.

Closer to home, Naoise is the Programme Director of Kilkenomics - the world’s first festival of economics and comedy. He has been involved since its early days in 2010. 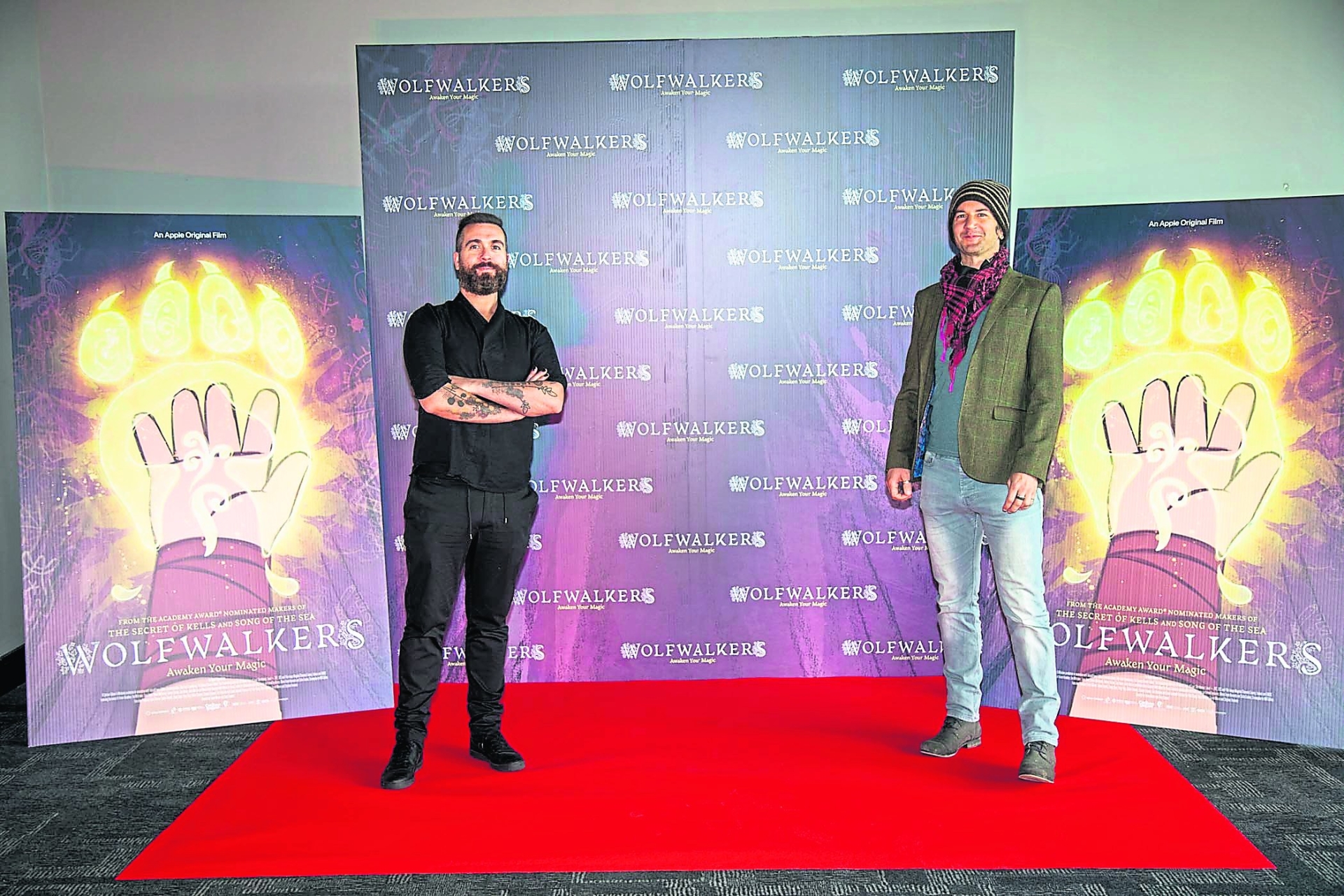 He is the co-director of Kilkenny’s newest festival Kilkenny Animated and was involved in the Cat Laughs since 1996, having been artistic director from 2013 to 2016.
Here is a glimpse into his world…

Naoise, is there ever any quiet time for you and Maria with all these festivals and events?
There actually is and that’s something we really want to hold onto. Once the Halloween stuff and Kilkenomics is over in November we are done until early spring. We’d like to try and keep it that way.
We are the lucky people, who work in entertainment and get December off! That’s by design, before it gets busy again in the early spring, all the way up to November.

Electric Picnic is back this year on the grounds of Stradbally Hall, come this September. You have been involved since the start of the Picnic. What is your spoken word arena of Mindfield about?
The Picnic started in 2004 and John Reynolds, who was running it, invited me to come do a political cabaret. I invited a friend of mine – Marty Mulligan from Mullingar, who is an amazing spoken word guy, to do slam performance poetry as well as the political debates and conversations.
We started the spoken word arena in 2006 with one tent.
Since founding and producing this ‘festival-within-a-festival’ we have built it up to a theatre stage, a podcast stage, a science gallery stage, there’s a literary stage, the theatre of food and so on. So, it is a Mindfield! It generally encompasses up to eight separate tented stages hosting 180 hours of programming over the weekend.
The programme includes dance, theatre, literature, music, Irish language programming, podcasts, science, poetry, hip-hop, discussions and much more.
The application is in for 70,000 tickets for this year for the Electric Picnic and we generally get a third of the attendees visiting us at Mindfield.

So, would you say it’s for the more mature festival-goer?
Patrick Freyne in the Irish Times did a review a few years ago. He was asking the young people a bit about it, and somebody said ‘Mindfield, isn’t that the old people’s zoo?’.
However, I do pay quite a bit of attention to what young people are looking for too. The podcast stage is relatively new and it’s huge with massive queues to get into it. I’ve had Blindboy Boatclub there for the past number of years and it’s unbelievably popular.

What’s your gut telling you about the future of festivals in Kilkenny this year. Can everything go back to normal?
I am really optimistic at the moment; that’s in the context of me being optimistic at different stages over the last two years and it’s been dashed!
However, I do think the spring and the summer are going to be busy for festivals and I think we will be back to full capacity.
People will remain cautious, but the appetite for hanging out with people and meeting friends, engaging with industry colleagues if you are in the business, is going to be absolutely huge. It’s going to be a great year for festivals.
Kilkenomics will go ahead as planned on November 3 to 6, 2022. Bringing people together in person, in cosy environments in Kilkenny City to listen to and exchange ideas and have the craic is what we do. We can’t wait to see everyone back in November in full capacity across the great Kilkenny venues.
Kilkenny’s newest festival Kilkenny Animated, which a festival of visual storytelling, in collaboration with Cartoon Saloon, will return on September 30 to October 2, 2022. It will have screenings, workshops, and walking tours.
Kilkenny is now a global hub for animation - that’s worth celebrating. Cartoon Saloon and Lighthouse Studios have over 500 people employed in animation in Kilkenny, I don’t think there’s even that in Dublin.

The Cat Laughs has been running for over 25 years. Why is it so popular?
It was the first and the best proper comedy festival in Ireland.
The reason it was so popular is because it was established at a time when there was a huge boom in Irish comedy - Sean Hughes was really huge in the UK and Dylan Moran won the Perrier Prize in 1996, on top of Father Ted running in Ireland and the UK.
It was introduced in the days before YouTube and cable television, bringing big American acts to Irish and British audiences for the first time. It became somewhere where people in the industry would come for a bit of craic.
The biggest thing was the ethos set down in the very early days by the organisers - Richard Cooke, Lynn Cahill and the late Michael McCarthy. Their belief was that everyone had to be treated equally - there were no headliners - and the bills were always mixed with an American, British and an Irish comedian.
The comedians just loved that and the equality of the whole thing. The social aspect also became important to the comedians - they called it Comedian’s Christmas. There was never any competition to it or television coverage, so that took the pressure off the comedians.

You were also our last Chairperson of Kilkenny Tourism. It’s a tough voluntary role. What did you hope to achieve?
Since being involved in the festivals in Kilkenny and moving back here, I really appreciated the community support for arts and cultural events in Kilkenny and I wanted to be part of helping it.
The role of chairperson came up and I thought it was something I could be useful in and give something back. Kilkenny has something special, besides its physical aspect. The people and the culture are special too. Kilkenny is a Goldilocks size for festivals, it’s not too big or too small, it’s just perfect.
My ambition was to help people to have a better sense of what they have the privilege to be part of and live in and to communicate it out to the wider world.

Not many people would know that you are the producer of Waterford Whispers News live show.
Colm Williamson is the editor and has become a good friend of mine. We met during the Cat Laughs, when I got onto him to do something live, get a newsreader and present some live stories.
I persuaded him and it went down a storm. My mother has Colm’s Bill Badbody character on her radio show, and she loves interviewing him.
Our next gig is in Los Angeles, it’s part of Ireland Week. One of the organisers asked me to put together a show on May 14 in the Town House in Venice Beach with CNN’s Donie O’Sullivan hosting a panel of people for a Leviathan political cabaret.

For more information on upcoming events and festivals visit www.schweppecurtisnunn.com