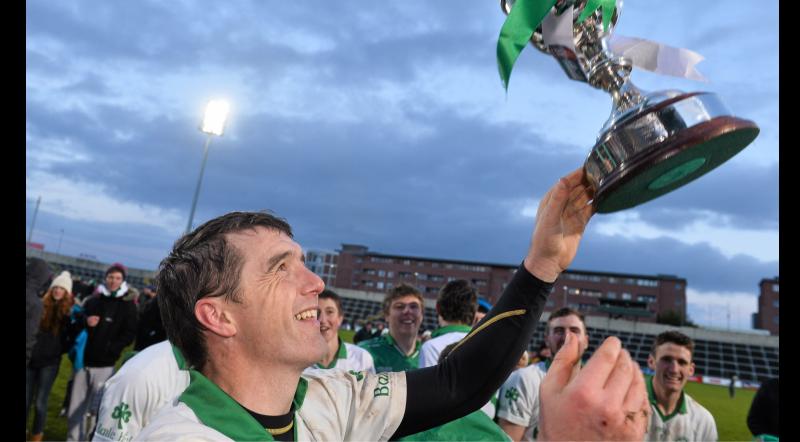 Kilkenny and the Ballyhale community is in shock at the death of Paul Shefflin.

Married, and father to four children, he passed away suddenly yesterday. Paul was the younger brother of Henry Shefflin.

He was the Kilkenny minor hurling captain in 1998, and played senior in 2014, and enjoyed success with Ballyhale Shamrocks.

Paul was also a former senior club treasurer and was currently involved in coaching underage teams and was actively involved in the juvenile section of the club. The club paid tribute to him today.
"Our condolences to his loving wife Aoife, his four children, his parents Henry and Mai, his brothers and sisters and the extended Shefflin and McCarthy families," said the club.
As a mark of respect, the Ballyhale Shamrocks AGM which was to take place tonight has been adjourned.
Our condolences to the family and friends of Paul Shefflin and all at @BallyhaleGAA RIP https://t.co/AxLRmfaGWd

Among the others to pay tribute to Shefflin were Kilkenny manager Brian Cody who gave his thoughts after watching his side defeat Dublin in the Allianz National Hurling League.

"It's a really, really sad time for Ballyhale, Kilkenny and the whole hurling community everywhere.

"The Shefflin family are synonymous with the game and Paul was a terrific hurler himself and obviously just a really popular figure."

"It's the talk of the county and it's just a great sadness as to how something like this could happen so we can only think of the family at this very tough time".

Paul's brother Henry was absent as his Galway side met Cork in Pairc Ui Chaoimh for a game that was broadcast on RTE Television and Kilkenny legend Jackie Tyrrell paid a glowing tribute to the Shamrocks man.

"When the news trickled through yesterday, you're asking the question: why? All the things you alluded to - a great club man, a great family man, and possibly because of Henry's success he was possibly overshadowed.

"You look at his list of honours, with three club All-Irelands. A great club man, coaching and treasurer of the club. I played against Paul a few times, he was a real tough cookie, but a gentleman off the hurling field.

"It's a sad, sad day for a community like Ballyhale that have had a lot of tragedy down throughout the years. Our thoughts and prayers are with the Shefflin family and all the communities associated with Ballyhale GAA tonight.