Community-owned, community-driven and managed by a locally-based not-for-profit company 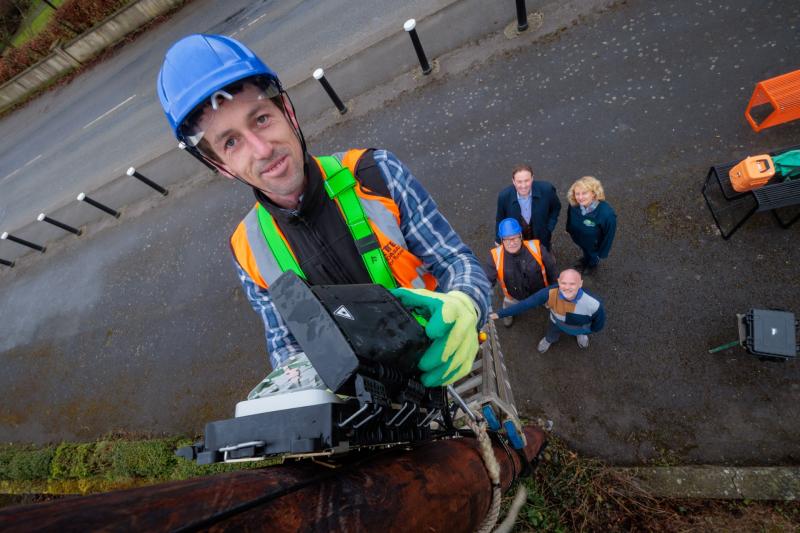 In all, 750 homes and businesses in a 3.4 square kilometre area now have, or will soon have, access to at least 150MB speeds and a future-proofed high-speed broadband service they can afford

It’s not every day a rural community decides to quite literally get down into the trenches and build its own Fibre-to-the-Premises (FTTP) broadband network. But Piltown and Fiddown, close to the Kilkenny-Waterford-Tipperary border, is no ordinary community, so nothing was going to get in its way.

The community and, more particularly, the voluntary Broadband 4 Our Community (B4OC) group has made history. Their dream has become a reality with the connection of the first homes and businesses in the community to the broadband network.

In all, 750 homes and businesses in a 3.4 square kilometre area now have, or will soon have, access to at least 150MB speeds and a future-proofed high-speed broadband service they can afford. 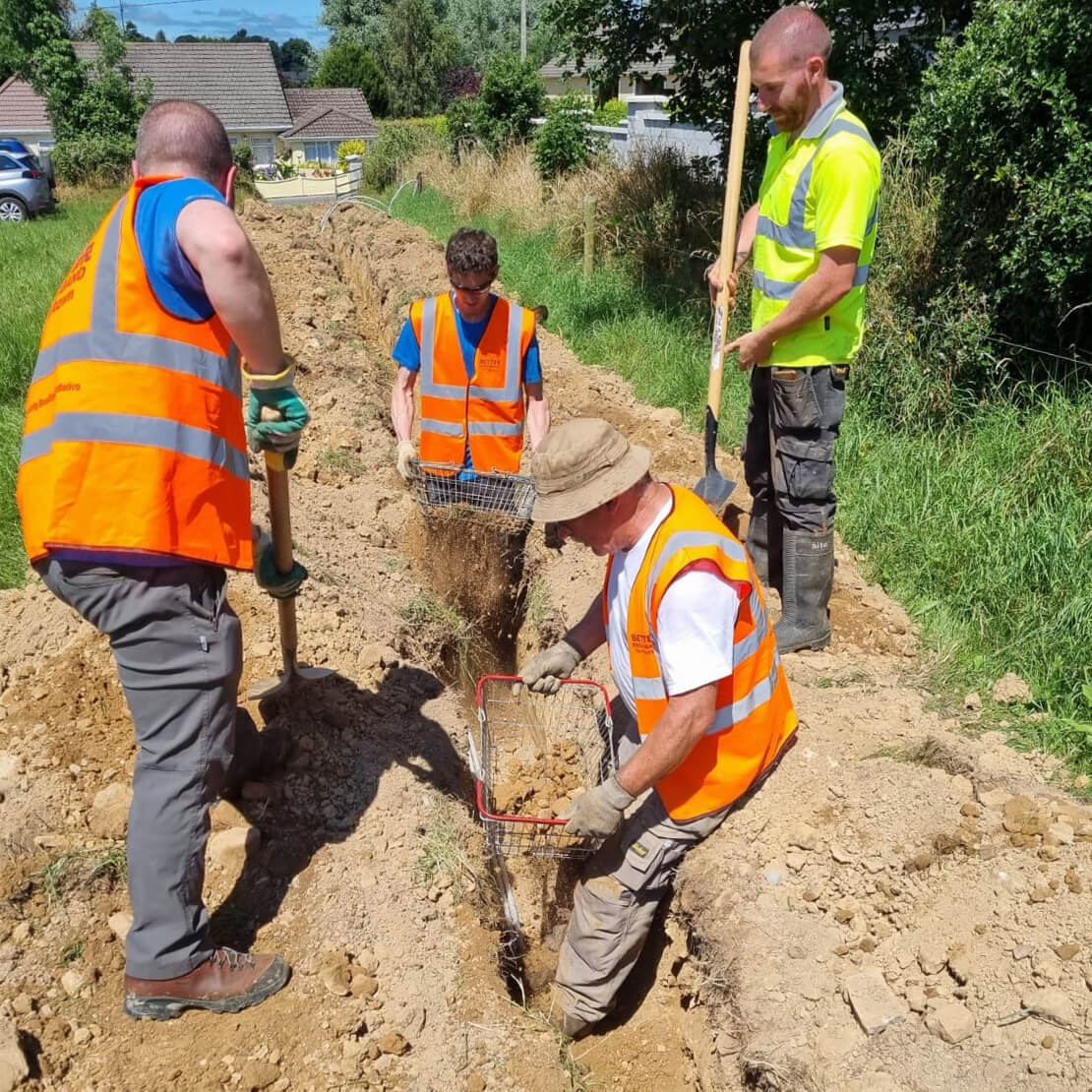 Better still, it is community-owned, community-driven and managed by B4OC, a locally-based not-for-profit company whose board of enthusiastic volunteers came together following a town hall meeting organised by Piltown Community Enterprise (PCE) in 2019.

Their range of skills and expertise, together with a shared vision of the project and the benefits to their community both now and into the future, has brought the project to fruition, making it the first of its kind in Ireland.

It means that businesses such as Iverk Produce/O’Shea Farms, one of the largest suppliers of fresh fruit and vegetables in Ireland, and a host of other small and medium-sized enterprises in the locality have the broadband service and infrastructure they need.

Hundreds of families who struggled with speeds of between 1MB and 6MB also have the fibre power they need to work and study from home, to conference call and stream and really enjoy the benefits of living in rural Ireland.
B4OC’s vision and aim since the project was first mooted by Kilkenny LEADER Partnership (KLP) back in 2019 was to deliver true, future-proofed high-speed broadband for the community of Piltown and Fiddown, Project Manager, Jim O’Brien, explains.

The IT graduate, who returned to college in 2018 after a career in construction, lives locally and struggled to remotely access his course materials. He bought a dongle, moved to his garage and finally got 13MB speeds, up from just 5MB. He’s now B4OC’s Project Manager and says the buy-in from local businesses and the wider community has been incredible.

“KLP and its philanthropic funding partner, the Tomar Trust, supplied technical assistance, planning, training and capital funding to the community to develop and advance the project. After that, the community drove on and did everything else.

“Businesses donated bits, gave us other items we needed at cost and dug deep with us. My own father-in-law is a retired fitter and he has been out in the trenches and up poles with me as we built the infrastructure. All of this has been built on private lands and sits into the landscape. We’ve now completed Phase 1 and have a few phases to go now.” 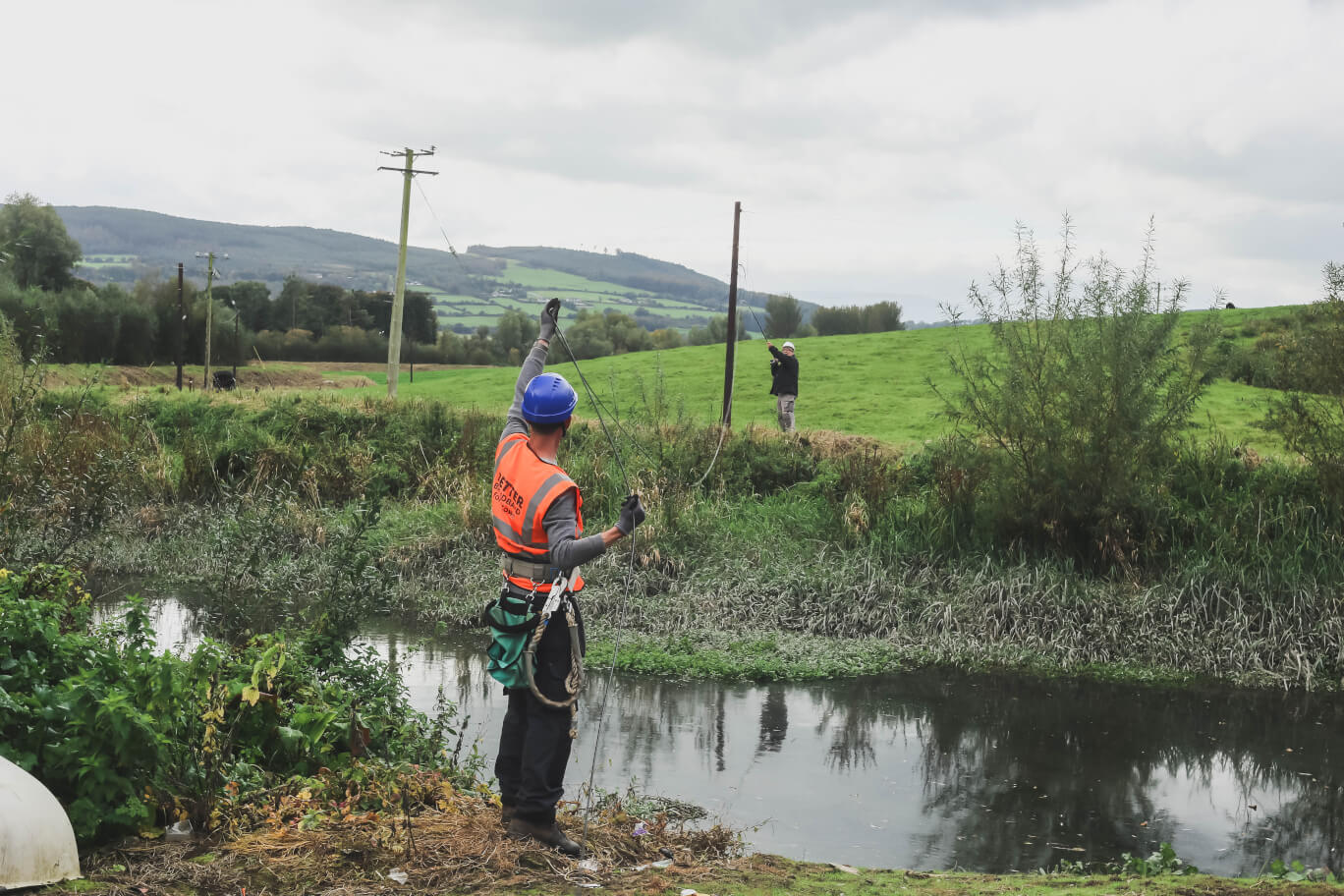 The two villages are among approximately 20 similar-sized villages and towns in Kilkenny classified on an EU standard set over a dozen years ago as having ‘adequate broadband’. Therefore, they are not included for investment under the National Broadband Plan. But much has changed in what’s regarded as “adequate broadband” since 2010 and the reality on the ground now is far different.

“This is a network in which our community is invested,” B4OC Chairman, Brian Doyle, explained. “Given that laying fibre-optic cable is expensive, using the future-proofed FTTP model employed by the telecommunications industry was the only way forward.

The B4OC group had its groundwork done, ever before the groundworks began. Through funding made available by Kilkenny LEADER Partnership, the long-established and well-regarded PCE put together a steering committee to investigate the viability of installing our own community fibre broadband infrastructure. Following the success of an Expression of Interest survey within the community, the group carried out an extensive feasibility study to establish the ways and means to build our own FTTP network.

The project has received significant loan capital from local businesses as well as attracting a match-funding contribution from the philanthropic trust.

Declan Rice, Kilkenny LEADER Partnership CEO said: “Community development and ownership of futureproofed ‘fibre to the premise’ (FTTP) networks should be as familiar as local ‘group water schemes’, of which there are many hundreds. Installing FTTP networks is not rocket science, in many ways it’s easier than a group water scheme to install.

“While a fibre network will require some seed money to get started, and needs wider landowner and community cooperation, as Piltown- Fiddown has shown, it can be done. By developing and crucially retaining ownership of the fibre network, a community takes charge of its digital future.

It can set a cost that the community can bear, not that which the commercial market will maximise. And it can, in addition to having a maintenance fund, use some of the additional income to support other community projects.
Piltown- Fiddown doesn’t have to be the exception; it should just be the pioneer,” Mr Rice said.
Kate Foley works in the office at O’Shea Farms/Iverk Produce, one of the connected companies in the locality now reaping the rewards.

“Since we were hooked up we haven’t dropped connection once and have found it 100 per cent reliable.

Vernon Buckley lives locally and says it has been transformative.

“There were times previously when I couldn’t even send an email. Now I'm videoconferencing with students from Maynooth university based all over the country several days a week and watching Netflix with ease in my downtime,” he says.