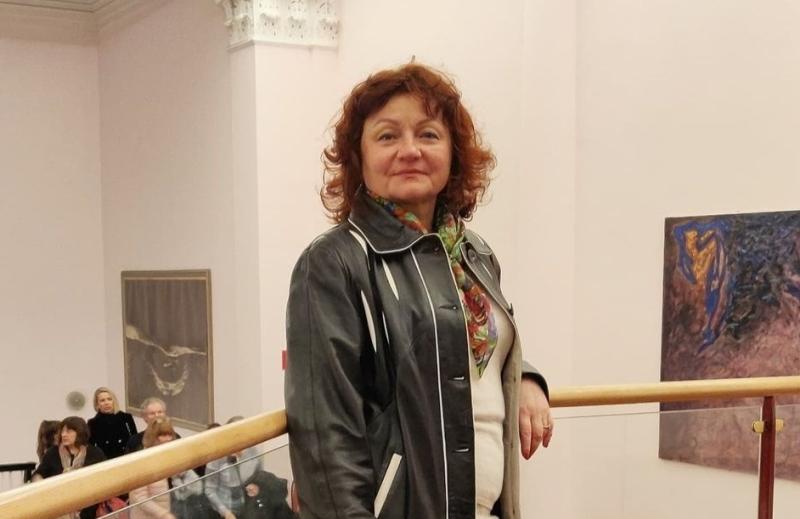 “The world really is in danger because in the centre of Europe, a terrible abuser, right in front of everyone, is at war in a large and beautiful country. Ukraine is only a stone’s throw away from us, approximately less than 3,000 kilometres or a four-hour flight and it’s affecting us all.”

This week I bring you a Week in the Life of my neighbour Tatjana Feldmane, better known as Tanya. Originally from Ukraine, she has been living in Kilkenny for the past 12 years. Tanya left Ukraine for Latvia, where she lived since the events of 1991, when the USSR was broken. In May 2005, Tanya took her daughter Dasha to Ireland, and she received Irish citizenship in Autumn 2016.

Seventeen years after arriving in Ireland, Tanya is living her worst nightmare. Her Kilkenny home resembles a war office, where she is on the phone day and night trying to help her loved ones who are living in the city of Kyiv and the Luhansk region.

Last week, Tanya’s partner Joe sent a text to all our neighbours requesting some warm clothes to help the displaced victims of the Russian invasion. He was hoping to fill up the back of his jeep and bring it to Dublin to make its way to Poland.
By the end of that day word spread, with neighbours and friends calling non-stop to their home. It was like an Irish wake, instead of people bringing plates of sandwiches, they called with boxes of warm clothes and aid parcels. They received so much that Joe had to find a lorry to transport it all.

Tanya and her daughter spent days packing everything. She put a very patriotic poem of hope into almost every box, as well as a fistful of sweets in coat pockets for the children.

All week I have been listening to Tanya’s stories as she has educated me on Ukraine’s history and her people’s struggle for freedom. When I started interviewing her on day three of the conflict, Tanya’s only sister Olya and her husband Sergey had decided to stay in their home in Kyiv. Nothing she could say or do could persuade them to leave.

Fast forward to today and Tanya is making the journey to the Polish border to meet her sister after she made the horrendous journey since boarding the night train last Saturday with her husband. It will be the first night that Olya and her husband will sleep in a bed in nearly two weeks.

Tanya does not want this story to be just about war, but instead about the goodness of people.

Tanya, the Irish humanity amazes you.

Since coming to Ireland in May 2005, I have been amazed by the generosity and kindness of Irish people. Emotionally, the most moving was the fact that Irish people still remember the Chernobyl tragedy.

Thirty-five years later, Irish people are still generously sending their love across all the borders to those who need protection and help. Just like sending aid to the children of Chernobyl, sponsoring operations to treat birth defects, sending the best Irish doctors and medical equipment to perform unique operations.

Yes, this foundation supports a few institutions in Belorussia, but it does not matter where the human pain or child suffering is located - the Irish will go and send their light and love to them. Humanity doesn’t know borders.

As for my Kilkenny neighbours and friends, I would like to thank them very much for their efforts in such a short time to accumulate so many aid packages for my people. I was crying seeing all the people come into our house with their arms full of boxes; the most valuable thing they were bringing to our home was their sincere love to those who are in pain.

Also, please can I say a big thank you to the Moldova shop here in Kilkenny, who transported the aid for us. The generosity of Irish people is so great. They are supporting those who lost all their plans, dreams, and happiness.

Tell us about the significance of the Ukraine flag as it helped me understand the strength of your people.

The Ukrainian flag is made up of two colours - sky blue and yellow. Sky blue on top represents blue sky, good weather sunshine, light, and yellow means fields of wheat fields, of barley, fields of rapeseeds and sunflowers in bloom. This flag radiates light.

It also has three fork-like symbols, which represents that we are peaceful hardworking people.

Please share the stories you have been hearing about the Ukrainian women fighting this war, especially the elderly.

The spirit of the Ukrainian people who live in poverty will never break. The cost of living is very high in Ukraine, they live off an average pension of €100 to €150 per month - a pound of good quality butter there is dearer than it is here.
However, people trust and believe that things will be better, so everyone young and old is helping. I’ve heard some extraordinary stories that you don’t hear on the news.

On the first day of occupation, when Russian soldiers set foot on Ukrainian soil, an old lady bravely went up to one of them and asked, “What are you doing here, this is my home?”. He answered by saying “we are here to give freedom to the Russian-speaking population”.

She pulled a fistful of sunflower seeds from her pocket and said “Look, my dear put these in your pocket, if anything good comes out of this war may some flowers come out of the ground when you’re dead and buried”.

My sister told me another story about a Ukrainian village that was occupied by a tank brigade of tired Russian soldiers. They stopped at a house and asked for water, but the woman was prepared and offered them herbal tea - or so they thought. She gave them tea that was stewed all night with laxative herbs!

We have warned the Russians that every woman in Ukraine is a witch, so watch out! As you may know laxatives on an empty stomach work very fast and on the outskirts of the village, the Russians popped up like popcorn from their tanks to relieve themselves. The Ukrainians were waiting for them.

You believe you cannot stop war by killing people or sending military equipment to kill somebody. What can we do to help?

You can stop war by sending love and positive thoughts there and your understanding. I told you Siobhan to watch the Winter on Fire documentary on Netflix and it gave you a better understanding of what we have battled with for the past eight years. Everyone should watch it, as this understanding is so important.

Currently, there are plenty of injured soldiers and civilians, but I think the most injured part of the population are those 1.5 million people who left Ukraine, those on the border and in refugee camps. We need to think about women now and yes, we need to think more about the children because they will bring this trauma to their adulthood. They will bring this pain and fears. This is where Irish people can do something to ease this pain.

As modern psychologists confirm, one of the ways to reduce stress is drawing. From my childhood, I remember the time when at school we were collecting stationery for children of the Vietnam war. I see big potential for a project like “Save the smiles and childhood” of the displaced Ukraine children.

Each school can make donations and to form a pallet, involving all age groups of children here to collect stationery, toys, puzzles, copy books, colouring books, pencils. We have a very good facility to use for delivery via the Moldova shop.

Besides helping the children, how can we help the women when they arrive in Ireland?

First, we need to give them language skills. Most of them speak English but it’s very basic. We need to accommodate them here, maybe in hotels and give them time to restore their emotional state and be patient, giving them time to learn language at their own pace, then they can go and work or involve them as social workers for more people coming to Ireland.

We need to help the pregnant women who made the horrendous journeys without their husbands and now have no family support. The mothers of Ireland need to step up and help with their experiences and give these children the best start in life that a free country like ours can offer.
Closer to home, you have a suggestion to help from Kilkenny.
We are in the art capital of Ireland, so this is a call for all artists and for people to buy Irish art. I would like to see a joint exhibition of the community of Irish artists, who prepared to donate funds from this project to something very special. After a few days of live display, organise an auction.

Over the last two years I participated in a few auctions, and I can tell you how euphoric it is to see someone giving a higher price than expected or advised.

This will benefit the artist and benefit the buyer, who bought something unique. The biggest benefit is for those who will receive the funds.
https://joy-art.space