A Liam MacCarthy story - a new radio drama for Kilkenny, from next week 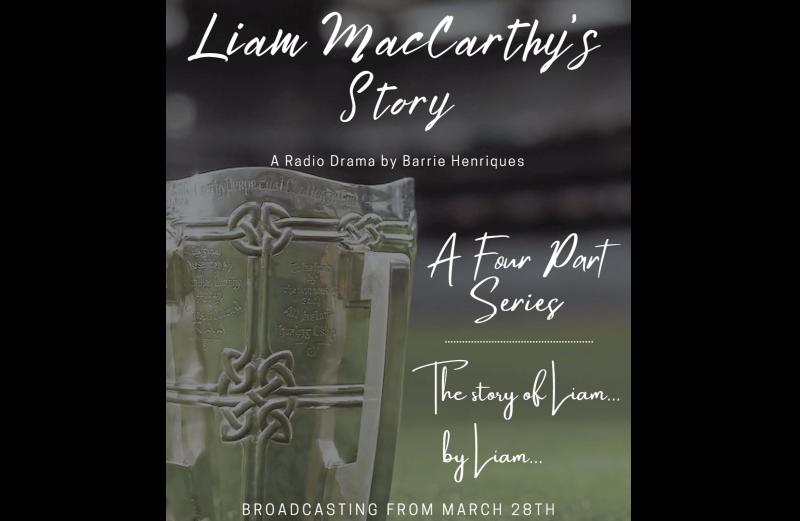 A radio drama by Barrie Henriques

Community Radio Kilkenny City has announced it is to launch its first sojourn into a unique radio drama, written, acted, produced and presented within its own resources, and sponsored by the Broadcasting Authority of Ireland.

Called Liam Mac Carthy’s Story, the audience is carried on a journey that is only partly familiar to many, but still enthrals its listenership.

Its uniqueness is in the quirky idea of casting the Liam Mac Carthy Cup as the main actor, who tells the story, warts and all, from his own lowly beginnings in the Peruvian Andes Mountains to the euphoria of All-Ireland final days in a packed Croke Park.

One after the other, the champions are paraded before the capacity crowd, where old men and not so old are unashamedly seen to weep tears of joy, or sadness as the case may be, strident ladies are seen discarding many traditions and idiosyncrasies. Young boys and girls are intoxicated by the occasion particularly when their winning captain lifts the cup aloft.

It’s all in the Liam Mac Story: The speeches, some relevant on-field action, the what-ifs and the what happens now. The homecomings, the presentations, the Crumlin Hospital visits and plenty more.

That doyen of theatrical performance, Ger Cody plays the part of Liam, while the redoubtable Derek Dooley is the interviewer.

Both give a superbly professional performance, as they take you along the road travelled by Liam Mac (that’s Mc with an A) Carthy. The story was written by Barrie Henriques, while the Technical Director is Mick Cummins with the Producer, Declan Gibbons (Manager Community Radio Kilkenny City).