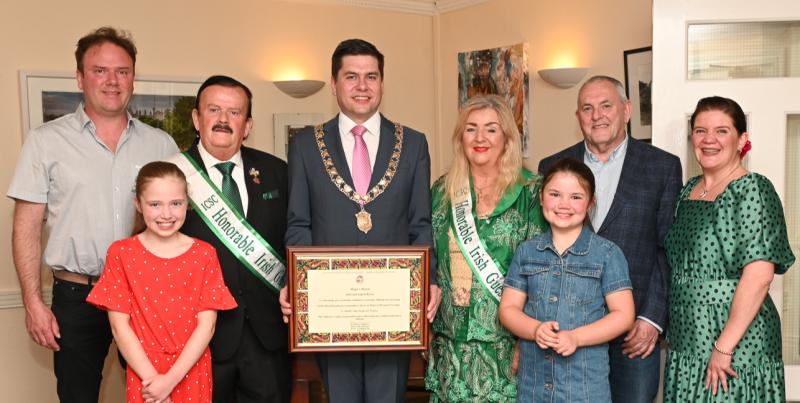 Kilkenny’s John and Angela Byrne have been presented with a Mayor’s Award for 16 years of representing Kilkenny in the USA.

At a gathering of John and Angela’s family and friends in City Hall, Mayor McGuinness said the certificate was a small token of appreciation to acknowledge the couple’s continued dedication to Kilkenny and its promotion over seas.

“I want to acknowledge your outstanding contribution to promoting Kilkenny and representing Ireland abroad through your participation as guests of honour in the annual San Diego St Patrick’s Day Parade over 16 years,” said the mayor. 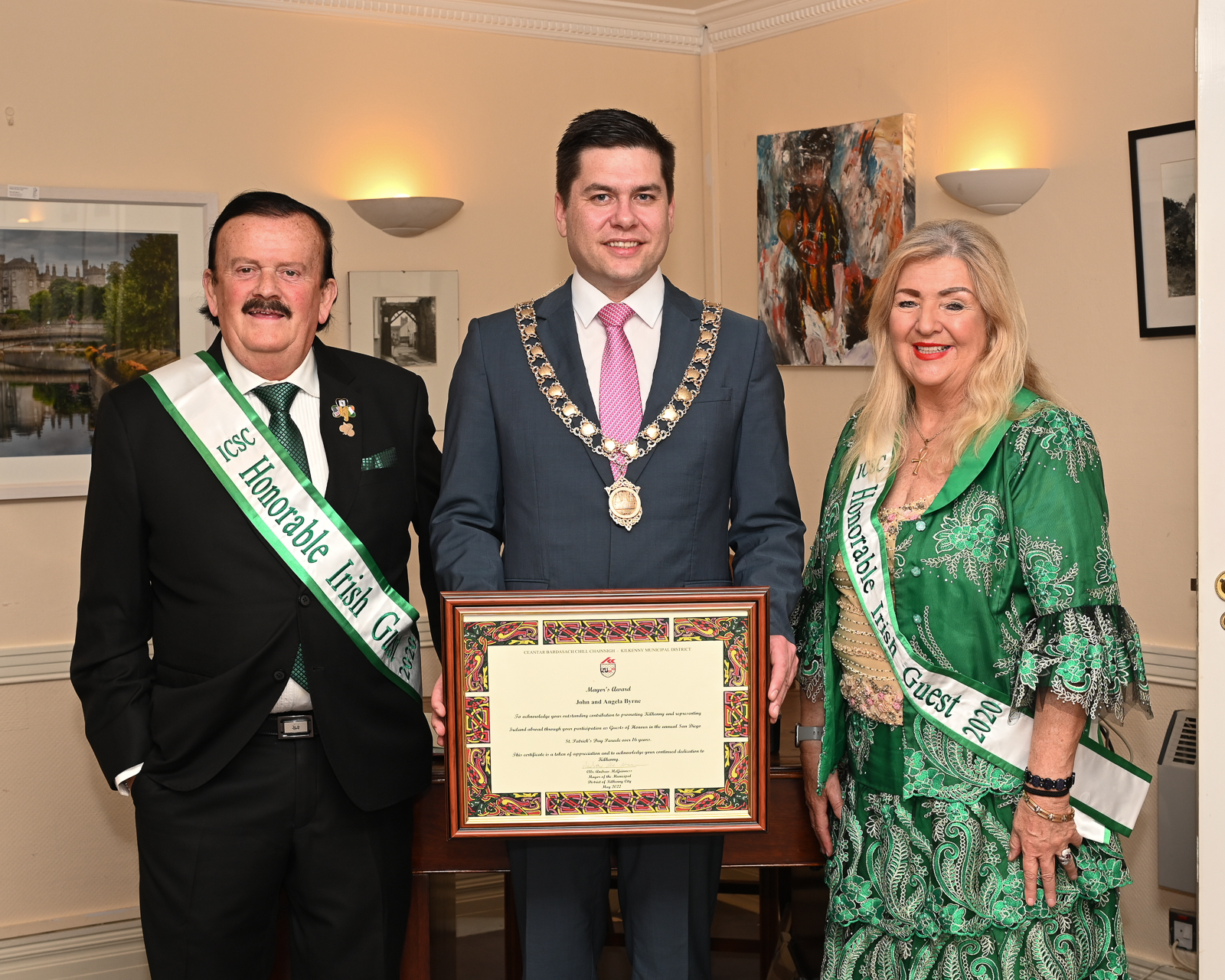 Mayor of Kilkenny Andrew McGuinness with John and Angela Byrne

“Angela is also an author of three books, she wrote a song about her beloved county of Kilkenny and along with John, they are both competent artists. They are all side projects to their B&B business and of course their incredible story as to how they ended up representing Kilkenny in San Diego.

“The couple have featured in the biggest St Patricks Day Parade west of the Mississippi for 16 years. They have been on the most popular television stations in the USA and they have promoted Kilkenny every step of the way. For that we say thank you.”