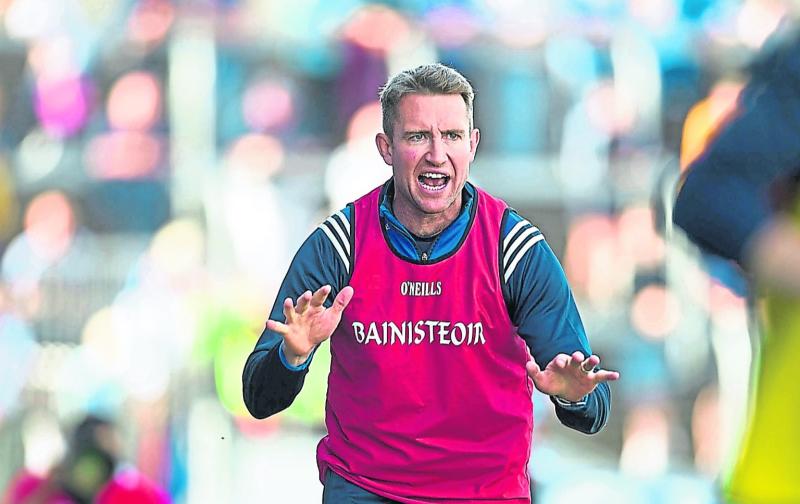 When it comes to passing verdict on the fortunes of the Kilkenny hurlers, not may people are better placed than Eddie Brennan.

Despite the Cats winning a third Leinster title on the trot last Saturday week, the Graigue-Ballycallan man still feels there is plenty to work on ahead of the All-Ireland semi-final.

The Cuala coach feels the forward line could be utilised a little better to get the likes of Eoin Cody who has been scoreless in the last two games on the ball a bit more.

“ I don’t think Kilkenny are playing to their maximum at the moment or their potential,” Brennan said when speaking at the launch of Guinness 0.0’s GAA campaign.

“I don’t think we are using our quality forwards as best as we can with the type of ball that is being delivered to them.
“Obviously they are the benchmark at the moment but when you look at Limerick and the way they feed their forward unit, I think they are creating a lot of space and they move laterally.

“I kept a keen eye on the movement of the Kilkenny forwards in the Leinster final against Galway and they were flagging a bit early on where they were going and little things like that. I’m looking at Eoin Cody, who for me is a class act and he’s an important player for Kilkenny going forward but we have to get him on the ball a bit more.

“We have to be able to look at hurling now and say if Padraig Mannion is going to sit back and double up on him, we need to move Eoin Cody somewhere else and it’s about mixing the game up.

“Brian Cody will be delighted with another Leinster title but I do think Kilkenny are playing within themselves a little bit and the litmus test will be against Clare in the semi-final.”

In contrast to the forwards, the former eight-time All-Ireland has been impressed by the defensive unit, including debutant Mikey Butler.

“Mikey Butler is having an unbelievable year in what is his debut season,” he said. “He has been hugely impressive for a guy who is not very tall but by god he has all the attributes that Brian Cody wants in his players, of which most notably is his attitude.

“Huw Lawlor blended in the last day and I think there is good communication with the Kilkenny backs and they work well as a unit.

“Again, when I’m looking at the games I like to see what is happening off the ball and in that Leinster final you could see how they held their shape and generally the structure of the team was pretty solid.

“By the same token I don’t think Galway overly stretched them and I don’t think they presented the challenge that other teams will and the likes of Clare and Limerick would provide a much different challenge but I’d be happy enough with the defence at the moment, there are seven or eight of them playing regularly and they have built up a good understanding as well as a good communication which is vital in today’s game.”

The former Kilkenny under-21 manager also reserved special praise for Derek Lyng and the victorious under-20 All-Ireland winners after their recent win over Limerick.

“The under-20 victory was a hugely important win,” he said. “I know Derek has invested a lot of time with the lads and he put his head down and done a magnificent job.

“It’s massive because in the next two or three years a lot of them will be graduating into the senior squad. While some of them may never play with Kilkenny again, there is still a group of them that will be looked at.

“What I liked about them is that they have a lot of big physical athletic guys. You need a good mix of that but I think the confidence to go and win that matches that they did this year is huge.

“When you look at it, they had one point wins over Galway, Wexford and Limerick and that’s a great way for a bunch of young guys to win an All-Ireland. It will give them good confidence going forward”.