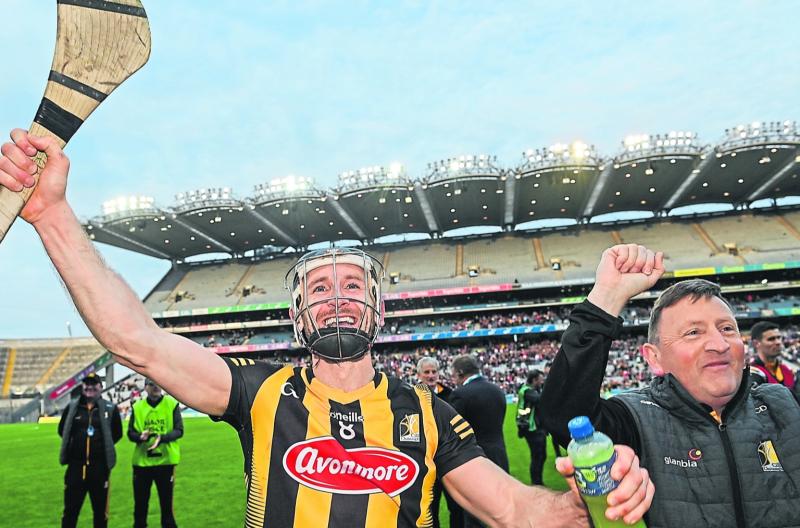 Saturday’s clash with Clare is the real 50-50 battle of the All-Ireland semi-finals. Limerick are raging hot favourites to win Sunday’s match, so this game will be the one that grabs the attention of the hurling neutral.

It’s also a game where Kilkenny will come into the fray under the radar. The bookies may have Clare as the favourites because of their performance in the Munster final - their stock has risen over the last while, but that will suit Kilkenny down to the ground.

Does the favourites tag matter? The way teams and panels are set up at the minute is to make sure they don’t take in what’s going on outside of the group. That’s not to say lads don’t notice things - they’re aware of what the feeling is outside, but they’re resilient; being favourites or underdogs doesn’t play on their minds, but when you’re the favourite the danger is your feet might come off the ground before the game.

We would always have said that you can’t win a game before it starts but you can lose it if your head isn’t right. For Kilkenny the mindset is always better coming in not being fancied, as that will add a little fire to the group as a whole. They’ll be determined to get out there. If anyone writes you off it’s fuel to the fire and you’re more than happy to go out and prove people wrong.

Sometimes having the favourite tag can have an impact on teams - it’s much a skill to learn to deal with that tag of being favourites as it is to get yourself physically right for a game. To be able to mentally deal with being a favourite, to make sure you don’t take your eye off the ball, is vital.

Coming into the semi-final with Limerick in 2019 we came off the back of a game against Cork where we really only played about 40 minutes, just getting over the line, but everyone would have seen it as a step too far for us to beat Limerick - and that might have fed into their camp. We started that semi-final really well, we just went completely at them. When you’re the favourite there’s the danger that you could take your eye off the ball so you have to deal with that. The underdog doesn’t have to worry about that.

Most people will probably tip Clare going into this game, but as a Kilkennyman I’m delighted to see where Kilkenny are coming into Saturday’s game. They have won three Leinster championships in a row, which is huge for a young team.

Looking back at the titles I don’t think Kilkenny were raging hot favourites for any of them. Go back to each of those games and you’ll find people were writing them off for the finals.

Given what happened in this year’s round robin some people might have thought the Leinster final against Galway would be a step too far for the team, but for me nobody picks holes in a team’s game like Kilkenny.

These players have been baptised in that environment where they’re used to any scenario and taking each game as it comes. It’s all about targeting the next game and then only moving your focus once that game is dealt with. This semi-final will be teed up the exact same way - the players won’t be looking beyond Saturday, while some people are already talking about a Limerick-Clare final.

It’s hard for the Clare players not to have that in the back of their minds; for Kilkenny, the only feeling is about targeting this game and being the first team to get into the All-Ireland final. From a preparation point of view, that’s absolutely perfect.

I’ve been impressed with the panel throughout the year so far. Ok, the Tipperary game in the League was the one instance where both sides were flat in a match which produced a lot of wides, but you can’t judge how a team’s year is going to be from one game in the depths of the League.

Since then their stock has risen. Losing in Galway by a point wasn’t too major a defeat, but their performances have been really good, while they’ve also played a lot of players. The panel has also shown they can play the game both ways. They can strike long ball into the forwards but, as they showed against Galway, they can also move it through the lines and really go at a team. That’s really important thing to have, to be able to change a game up when you need to. That will be vital against this Clare team. Kilkenny have changed their style quite a bit depending on the games they’ve been playing. That’s important as Clare have shown there are goals in that full-back line. That long ball that didn’t work against Wexford could have a different outcome here.

They’ve played a lot of players and you’d be a brave man to call the 15 players that will go out on Saturday. It’ll be hard for Clare to try and predict what 15 Kilkenny will start with as Kilkenny have used so many players through the League and Championship so far. 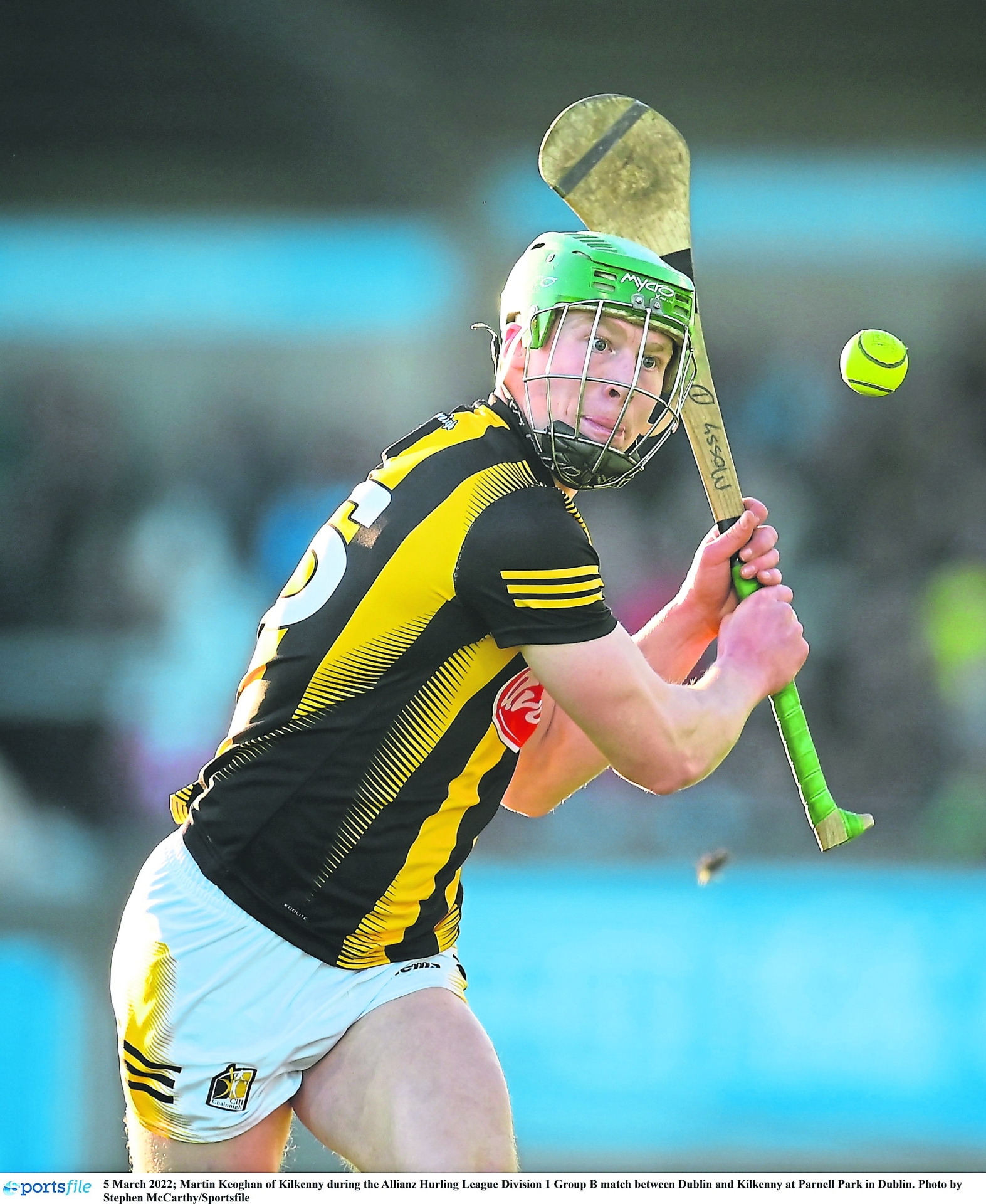 Kilkenny have mixed up their team and tactics to great effect this year. One such switch saw Mossy Keoghan come in against Dublin, a move which saw the Tullaroan man plunder 2-1 in Parnell Park

That depth in the panel has been seen several times this year, as well as the impact it can bring. The game in Parnell Park was one example - there were three or four changes made, which were announced literally before the teams came out that day.

Dublin didn’t know what players they would be facing and it had an effect - Mossie Keoghan scored 2-1 from full-forward while Cian Kenny scored four points.

They changed things around the last day too. Conor Fogarty had an enormous game in midfield and closed down Tommy Monaghan in the midfield/half-forward area. Kilkenny have shown they have a lot of players on a panel who can do different jobs depending on what you want them to do. It’s really important to have that flexibility, as you can look at the threat the opposition poses and know you can shut them down or go at them. For me there are a lot of strings to Kilkenny’s bow, plenty of threats to bring against Clare this weekend.

And what about the Banner? From a Kilkenny supporter’s point of view Clare have been really enjoyable to watch over the campaign.

Clare play a real attacking type of hurling. Their half-backs are really good at attacking along the channels - but that’s an area they could leave open for a counter-attack from Kilkenny.

We saw in the Leinster final how Padraic Mannion and Fintan Burke sat back off the Kilkenny half-forward line and Kilkenny said ‘that’s fine’ - Adrian Mullen sat away from them on the 65 and popped up with a few scores, Paddy Deegan came up with scores along the left because that channel was free.

Clare do the opposite; they push forward on their half-backs and get them running up, so if Kilkenny turn over that ball you can guarantee they’ll be targeting those channels where they know the wing-backs have vacated those positions and they’ll attack down into them. I think Kilkenny will look at that.

Clare have been exciting going forward, but that can also be a chink in the armour where you can go at them when you turn the ball over. I think what we’ll see is a real battle - it’ll be an arm wrestle from the start to see who can impose their game on the opposition.

Being honest, I can see it going to the wire - neither side is going to sit back and let the other at them. It’s going to be a great game of hurling, but Kilkenny to win for me.